'We are yet to hit top form' - Fatawu Issahaku on Dreams' impressive GPL start - MyJoyOnline.com 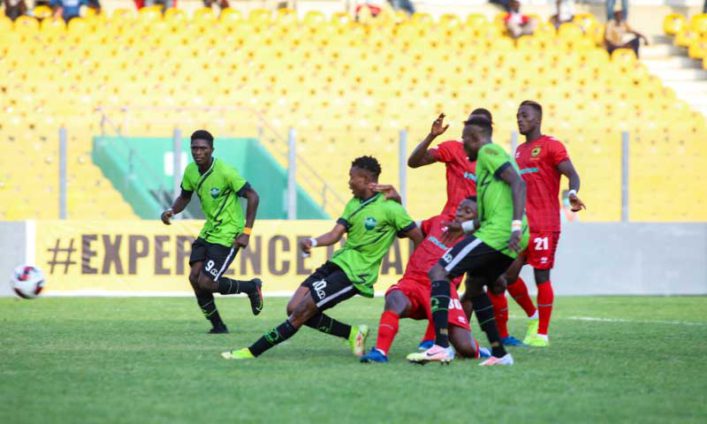 Dreams FC midfielder, Abdul Fatawu Issahaku claims his side is yet to play at the level they want despite having a bright start to the 2021/22 Ghana Premier League season.

The Believers after eight games, occupy fourth on the league table and are just three points behind joint league leaders, Aduana Stars and King Faisal.

Dreams have become one of the exciting teams to watch since the start of the season, which has seen them score the most goals in the league with many touting them as title contenders for this season.

Despite the good run of form, Issahaku believes the Dawu-based club is far from the level they want to be this season.

“I think what we are doing now is just not enough because we still have more to do. By the end of the season, we might even be the league winners. The management and the playing body gives us the morale we need so we are also ready to work for them,” he told Citi Sports.

Since joining Dreams, the 17-year-old has scored six goals in six league games for the club and has earned himself plaudits for his blistering performances.

Asked if his addition to the team has been the rationale behind their incredible form, the teenager added: “Yeah, I would say so [my addition has raised the level at the club]. I was ready to play for them this season and ready to strengthen the team, so I will say I am part of the development the club has made in this campaign.”

Dreams FC will play league leaders, King Faisal, in their next league game at the Baba Yara Stadium on Tuesday, December 21.