We can be friends for our son – Shatta Wale tells Michy 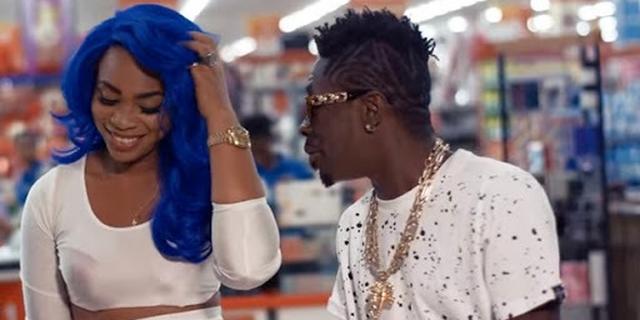 Dancehall artiste Shatta Wale has said that he wants to cultivate a healthy relationship with the mother of his son and ex-wife, Michy.

Addressing his ‘baby mama’ on Facebook live, Shatta Wale noted that it is important they, at least, stay as friends for the benefit of their son, Majesty.

The ‘Melissa’ hitmaker said because of their strained relationship, people assume he has shirked his duties as a dad “but I have been doing what a responsible father does.”

“Shatta Michy, this is what I want you to be doing every time. We can’t be together, yes, but we can be good friends. We can be doing sh** together for Majesty,” Shatta Wale stated.

Shatta Wale and Michy broke up in January 2019. Incidentally, the break-up happened after the former had proposed to her during his Reign Concert in December 2018.

The actress and social media personality levelled some allegations against Shatta Wale, including abuse but he denied it vehemently.

The two have seemingly not been on good terms ever since.

Earlier in the year on Hitz FM, when asked about the relationship between Shatta Wale and his son, Michy did not divulge details; however, she noted that some people cannot be forced to do anything.

“Responsibilities like taking care of children is not something anybody should draw your attention to. I am dying if I can’t see my son smile; it’s a feeling that should be there. If it’s not there, it shouldn’t be forced,” she added.

Meanwhile, in July, Shatta Wale claimed that Michy does not give him the chance to see or spend quality time with their child.

He said after their break up, he has apologised on several occasions but Michy has refused to bury the past to enable them to continue their love life.

“It’s just that we can’t be together anymore. We have a son, but coming back? We cannot come back, but as parents, we can take care of our son.”

Shatta Wale said he will only opt for co-parenting and joint custody of Majesty.

On Monday, September 5, Shatta Wale noted that he is ready to set aside his differences and work again with his ex-girlfriend and mother of his son.

“This is how it should be done…We built this “Symbol of hope”. Thank you. Now I can sleep. In fact, let’s do another song. This time I won’t pay you in kind but cash. Kudos to BHIM nation.”

However, Michy is seemingly hesitant to accept the offer.

“You won’t pay me in kind but in cash, but if I collect you right now, you go come dey radio early morning dey cry (sic),” she wrote on Snapchat.