We can’t prevent fish kills, only God can – Hawa Koomson 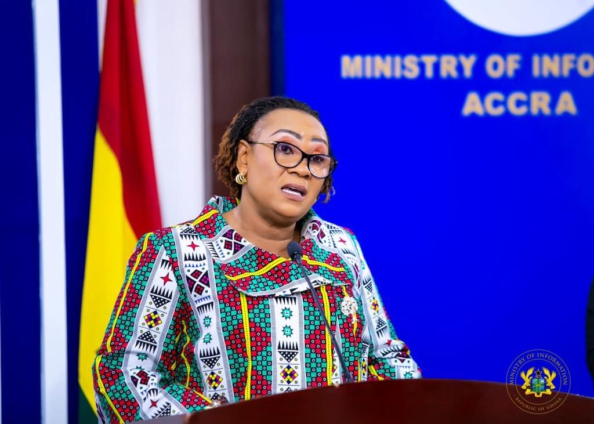 Minister for Fisheries and Aquaculture, Hawa Koomson, says the phenomenon which led to the washing ashore of fishes and dolphins across beaches in the country is a natural one that cannot be prevented.

She said there is nothing the Ministry or government can do to prevent a repeating in the future.

However, she stated that the best government can do is investigate the phenomenon and know what exactly had caused it.

“Ours is to find out and so the investigation and know what exactly the problem is. If it is a natural occurrence, there’s nothing we can do,” she said.

Hawa Koomson was answering a question concerning the beaching of fishes and dolphins across beaches in Ghana in the month of April.

On 4th of April, there were reports of fish kills at the Osu Castle beach, and on Sunday, April 6th dolphins were also reported beached on the shores of Brewire-Akyenim beach, a landing site in Nzema East Municipality in the Western Region.

All the dolphins were beached alive and twenty-one were rescued.

She alluded to the fact that a similar incident had occurred in other parts of the world, including Mexico, thus making the phenomenon one of international concern.

“So it’s a natural occurrence, and there is nothing we can do, but we only know the causes of the kills,” she said.

In California, a similar incident had seen thousands of tonnes of dead sardines and other fish wash ashore.

Environmentalists had attributed the cause to hypoxia – the phenomenon where high ocean temperatures cause inadequate oxygen supply in the sea.

Fishermen and environmentalists said that high levels of contamination in the water may have also been a factor in the recent incident.

Tags:
Hawa Koomson
The Ministry of Fisheries and Aquaculture Development