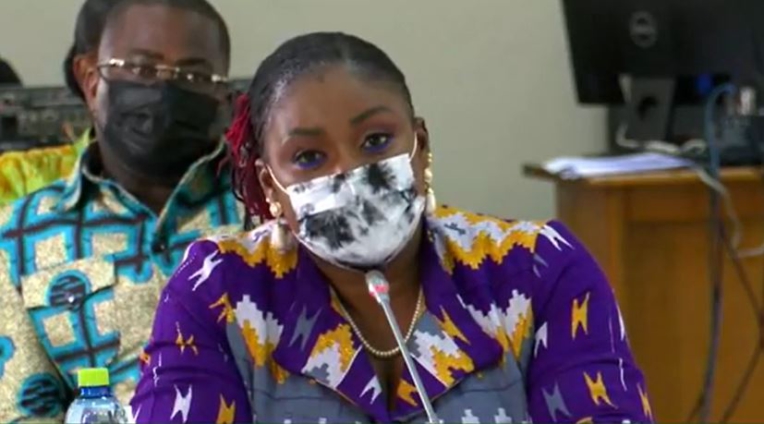 The Deputy Trade Minister nominee says Ghana has no authority to stop any country interested in growing cocoa from doing so, most especially China.

This was in response to a question posed by the Builsa North MP, James Agalga, about Ghana’s plans in the cocoa sector over the anxiety that China is growing and exporting cocoa beans to the European market.

Nana Dokua Asiamah Adjei, who was being vetted by Parliament’s Appointments Committee Friday, stated that Ghana’s only thing about China’s new venture is to improve on its own cocoa beans.

“What matters is how we can make ours better. Fortunately, we have a comparative advantage: our geographical location, right around the Meridian and around the Equator.

“This gives us the fine aggregate of cocoa that we have here in Ghana, which is the most demanded on the world market. So the other thing is to add value to it to create employment for our people,” she said.

She stated that should Ghana continue to heavily depend on the exportation of cocoa beans to the European market, China could deal a heavy blow to the country. She, therefore, suggested a continuation of the country’s industrialisation drive to add value to the country’s cocoa beans.

“But for a few years now, it has been the President’s idea for us to add value to the cocoa, and I think that moves us to a higher step than where China is.”

Nana Dokua added that it was even a great opportunity for Ghana that China was going into cocoa production.

She was optimistic this could encourage the Chinese people to develop a taste for Chocolate which could eventually open up the larger Chinese market to Ghanaian cocoa beans.

“It is even better. For China, a population of about 1 billion or more, to develop the taste for cocoa. So if they also develop the taste for the cocoa then eventually, when they try the better cocoa beans we have here, the most demanded for, the one that cannot be compared to any other country, I’m sure they’ll start buying from us as well,” she said.

DISCLAIMER: The Views, Comments, Opinions, Contributions and Statements made by Readers and Contributors on this platform do not necessarily represent the views or policy of Multimedia Group Limited.
Tags:
China
Cocoa
Cocoa Production
Fernando Po
Nana Dokua Asiamah Adjei