We can’t trust police to protect us – FixTheCountry movement 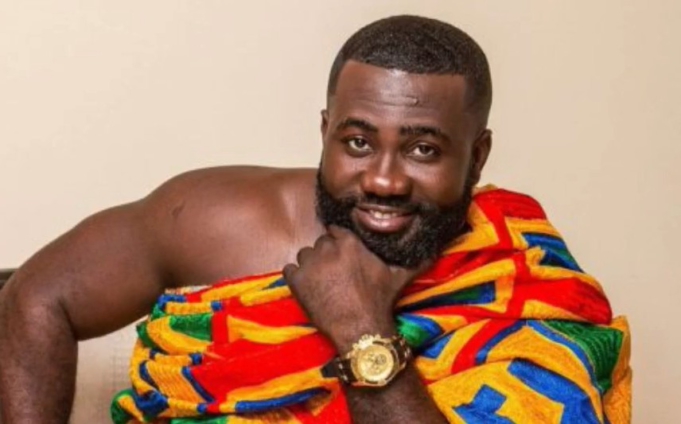 #FixTheCountry convener Okatakyie Afrifa says the movement cannot trust the Ghana Police Service to oversee their demonstration on June 4, without harming them.

This, according to him, is the reason why they wrote to the Police to inform them of the presence of private security personnel and the possibility of armed demonstrators.

Mr. Afrifa noted that in the past, unarmed demonstrators have been shot at by the Police who are expected to protect them and nothing has been done about it.

Hence, the FixTheCountry Conveners, want to protect themselves, so there is no repeat of the incidents at Ejura, Ayawaso, and Nkoranza among others, he stated.

Mr. Afrifa added that “in any case, we said that we want to do the demonstration for three days, and the Ghana Police said that they can only protect us for one day.”

“The rest of the days what do you expect us to do, be there and get attacked by miscreants? No. obviously we need to seek our own protection,” he told Evans Mensah on Wednesday.

#FixTheCountry served a notice to the Police on their decision to embark on a demonstration against the Agyapa deal, cessation of the Achimota Forest Reserve and not to tamper with the country’s security.

In their notice, they requested to be allowed to contract private security personnel to protect the demonstrators.

Among other things, they also notified the Police that the demonstrators and the contracted private security personnel will be armed with weapons.

Also, they stated that the armed demonstrators will picket at the Ghana Broadcasting Corporation (GBC) and the Ghana Police Headquarters.

Again, at the Ghana Broadcasting Corporation (GBC), they will demand to speak directly to the nation on GTV and lay out their grievances.

“We wish to assure the public that in the interest of public safety and security, the Police are putting in place all necessary measures to ensure that unauthorised persons do not march on the streets with weapons.”

However, Mr. Afrifa believes that the Police cannot dictate to demonstrators the hours or days a demonstration is supposed to last. Therefore, they are within their right to protect themselves if there would be no Police protection.

“If the Ghana Police is now saying that they can actually protect us without us falling on a private security then, there is nothing to have a conversation about,” he added.

Meanwhile, security analyst Dr. Adam Bonaa, has stated that the demand for private security for the three-day #FixTheCountry protest to be held from June, 4th is unjustified.

Speaking in an interview on The Pulse on Wednesday, Dr. Bonaa stated that although the #FixTheCountry Group may have some legitimate valid concerns in their request, how they want to achieve it and “their point of departure for me, is likely to throw this country into some chaos.”

Therefore, he believes that the Police’s action is in the right direction. He also urged the Police to be firm and resolute in their stance.

“So for me, as far as I am concerned, I will say that the Police should not allow them to go on such a demonstration,” he said.

DISCLAIMER: The Views, Comments, Opinions, Contributions and Statements made by Readers and Contributors on this platform do not necessarily represent the views or policy of Multimedia Group Limited.
Tags:
Fix The Country
Ghana Police Service
Okatakyie Afrifa-Mensa