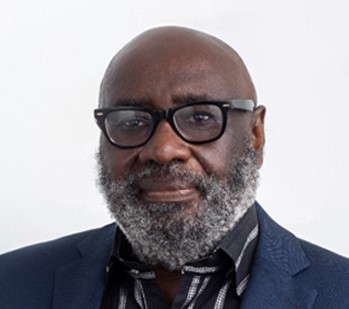 Chairman of Internal Audit Agency, Joseph Winful is of the view that the 2020 Auditor-General’s report found several discrepancies because the institutions cited are not being led by the right individuals.

Speaking with host, Aisha Ibrahim on PM Express, he noted that persons who have been appointed to head these institutions are not different from those in the public sector, however, the private sector is not confronted with such challenges.

“What is being stated by the Auditor-General will not be acceptable in the private sector.”

The audit report from the Auditor-General disclosed that 28 Oil Marketing Companies (OMCs) have defaulted in the payment of taxes between July, 2018 and December, 2019.

Also, the report revealed that Electricity Company of Ghana lost 2,649.08 GWh, which represents 24.30% of power purchased from the power-producing companies, to system losses and incurred expenses to the tune of ¢182,576,235.15 as capacity charge by Cenit Energy for the 12 months in 2018.

Meanwhile, Mr Winful has suggested appointing persons with competence and integrity to head such institutions to eradicate the corrupt practices uncovered by the Auditor-General in its 2020 report.

“I see the main problem as having institutional leadership. As Madam mentioned about holding persons accountable, I will go a bit further and say that it starts from the top, that is the leader of the institution. Is he competent enough? Has he got integrity? Has he the capacity and capabilities to undertake the assignment?

“If appointments are made on that basis, you are going to have a leader who is not going to let all these happen. Because the leader will even insist that the lieutenants know what exactly they are supposed to do and will be held accountable and as a result, you are not going to have this,” he said.

His response was to back comments by the Director of Ghana Integrity Initiative, Linda Ofori-Kwafo, who insisted that culprits should be sanctioned.

According to Mr Winful, having the right people at the helm of affairs will ensure that the issue of corrupt practices is resolved halfway.

“We have got to confront the leadership issue and make sure that the right persons are really appointed. If we do that the battle will be half won because you can bring in all the systems, procedures, laws, legislations and what have you. At the end of the day, that human being who is supposed to direct and oversee and ensure that things are done properly – that will be missing because we have gotten the wrong person,” he concluded.

DISCLAIMER: The Views, Comments, Opinions, Contributions and Statements made by Readers and Contributors on this platform do not necessarily represent the views or policy of Multimedia Group Limited.
Tags:
Auditor General's Report
Internal Audit Agency
Joseph Winful