‘We expect Attorney-General to really up his game’ – Dr. Ken Ashigbey on Aisha Huang’s prosecution 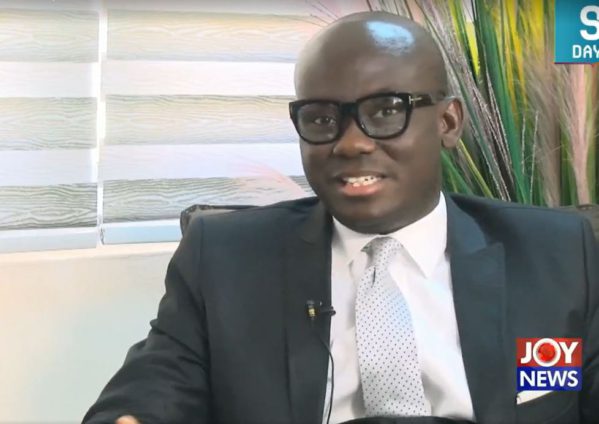 Convener of the Media Coalition Against Illegal Mining has requested the Attorney-General, Godfred Yeboah Dame, to up his game in the prosecution of Aisha Huang and her accomplishes.

This, Dr. Ken Ashigbey explained, is because “he would be looked at as going against one of his former bosses.”

His remarks come against the backdrop of an announcement that former NPP National Chairman, Freddie Blay, will be representing four accomplices of ‘galamsey’ queen Aisha Huang.

Lucy Ekeleba Blay, a private legal practitioner, announced in court on Tuesday that she was holding brief for Freddy Blay in the case of the four accomplices of Aisha Huang. Namely; Gao Jin Cheng, Lu Qi Jun, Haibin Go and Zhang Zhipeng.

Reacting to this announcement, Dr Ashigbey tasked the A-G to ensure justice is served in the case before the court.

“We will be expecting the Attorney-General to really up his game,” Dr. Ashigbey said in an interview on Top Story on Tuesday.

The ‘galamsey’ queen and four others are being held for their involvement in illegal mining. Aisha Huang is being defended by Capt. (Rtd) Nkrabeah Effah-Dartey.

Prior to this call, the Attorney-General signaled the readiness of government to fastrack the prosecution of the case.

Dr. Ken Ashigbey also charged the Judges who will be presiding over the case to, “ensure that evidence is the name of the game.”

He also urged the media to keep its lenses clean in the coverage of the case to ensure that justice is served.

Mr. Adib Sani said although, Mr. Blay is not doing anything wrong legally, he believes it is a wrong move strategically.

According to him, the offer should have been turned down by the lawyer in as much as “man must feed.”

“As a businessman, there are sometimes some jobs that will come, even though you are looking for the money, as a matter of principle, you turn it down considering the controversial nature of the issue, the attention it has garnered locally and internationally, the pain it has caused Ghanaians, particularly those in the mining communities,” he insisted.

JoyNews/AdomNews · ‘We expect Attorney-General to really up his game’ – Dr Ken Ashigbey
DISCLAIMER: The Views, Comments, Opinions, Contributions and Statements made by Readers and Contributors on this platform do not necessarily represent the views or policy of Multimedia Group Limited.
Tags:
Aisha Huang
Attorney-General
Dr Ken Ashigbey
Illegal mining