We have installed over 5200-megawatt plant capacity – GRIDCo - MyJoyOnline.com

We have installed over 5200-megawatt plant capacity – GRIDCo 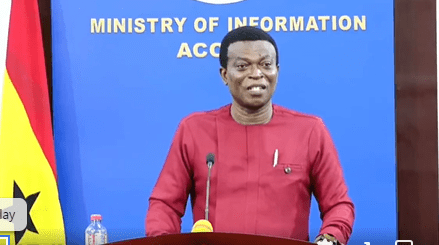 The Ghana Grid Company Limited (GRIDCo) says it has installed over 5200 megawatts (MW) plant capacity since 2008, when it began operations.

“Currently, as a country, the number of power plants install capacity we have is over 5200 megawatts. We have installed over 5200 megawatts in Ghana, and it encompasses the Volta River Authority (VRA) and other Independent Power Producers (IPPs),” he said.

According to him, these number of plants, including hydro and thermal plants, are being transmitted over 6400 circuit kilometres throughout the country to bulk customers.

“Now with these plants, we have a hydro plant that uses water like Akosombo, Bui or Kpong, the others are thermal plant, which uses fuel and the fuel we have gas, and we have some using heavy fuel, in some cases, we use crude oil.

“Currently, we have installed over 6400 circuit kilometres of transmission lines throughout the country and indeed beyond the borders of Ghana and some of these lines are equipped with the fibre optics to enable us also carry out the communication functions.”

He added that the country has 31 bulk customers, including the major mining companies and major industry players such as VALCO and the likes.

Mr Kofi Essienyi also revealed that the demand for electricity in the country as of April 2021 stands at 3,206MW.

“The highest demand pull from the system that we have ever recorded was 3206MW. So it means the demand from all of us our factory and our homes totalling 3206MW, and that’s the highest we’ve ever gotten to,” he noted.

While explaining a graph indicating the electricity demand, he said the demand growth for electricity has increased since 2008 and will continue to increase.

“What you are seeing here is from 2008 to 2021. So you see the constant growth in demand, which means that year on year, we need to make available more power to meet this demand, and it will keep growing,” he said at the press briefing.

The press briefing allowed GRIDCo to interact with the media and highlight some of its activities and projects undertaken so far.