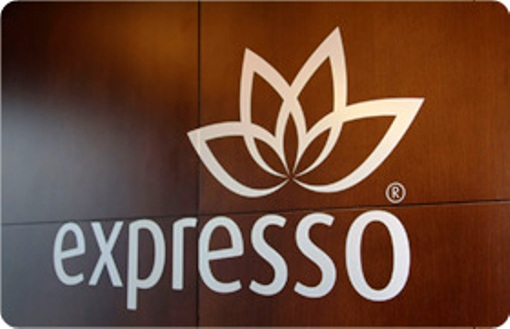 Sudan Telecom simply known as Sudatel may not be the owners of Expresso Telecom after all – that is if, communication from the National Communications Authority, NCA is anything to go by.

Sudatel reportedly took over Expresso in July 2008 but has at least twice in the last few years announced putting the company up for sale. In its 2016 Financial Report it annoounced selling all of its shares in the company to an unnamed buyer.

But in an official response to investigations by Joy Business Editor, Emmanuel Agyei, the industry regulator among other things has stated “the authority does not have any document on the company’s ownership change to Sudan Telecom or Expresso.

Celltel Limited, a wholly-owned Ghanaian firm with Kludjeson International Limited as the sole and original shareholder has been the bone of contention. It is said to have entered into a shareholder agreement in 1998 for Hutchison to acquire 80% stake and retain the remaining 20%.

But the NCA revealed to the investigator, it has no documents on the transfer of ownership between Celltel and Hutchinson Telecoms – the deal supposed to have triggered this whole controversy over the company’s ownership since the early 2000’s.

This has raised questions as to whether it lends credence to suggestions that the deal was perhaps never consummated with the relevant documentation after all.

This is also because efforts by the investigator to get copies of such documentation (if any) supposed to be lodged at relevant institutions such as the Registrar General’s Department have so far proved futile.

The introduction of Certwell in the deal

Hutchison through Certwell Limited is said to have acquired 80% shares in the original company, Celltel whilst the KIudjeson International Limited retained 20% shares.

This, according to the Registrar of Companies was captured in that year’s filed Annual Return.

There are however suggestions this may not be enough proof as only two relevant legal documents are decisive here: the amended company regulations –  reflecting the share-transfer (with signatories of both parties) and the “Deed of Transfer” to confirm the deal.

The investigator’s search for these two crucial documents at the relevant institutions in the last year have however proved futile – reinforcing opinions that they could be non-existent-  thereby rendering deal invalid.

The NCA also confirmed, it has no documents on the company’s ownership change to Certwell Limited.

The authority however confirmed it licensed Kasapa Telecom Limited to undertake mobile operations in Ghana on 2nd December, 2004.

This was after the change in the company’s name from Celltel to Kasapa in 2003 according to documents the investigator secured from the Registrar General’s Department.

A new Certificate of Incorporation was issued to reflect this change even though it borne the company’s original registration number of 48,782 among other details.

The company regulations (the document that governs any firm) however remained in the name of Kludjeson International Ltd as the sole Shareholder with Prince Kofi Kludjeson and Prince Kwame Kludjeson as the Directors.

This has also raised another question of whether it was only a name change rather than an acquisition.

Kasapa was however reverted to the company’s original name Celltel in September 2004 per the documents from Registrar General’s Department.

This has also led to suggestions by some that all this could somewhat justify the decision by the original owners of the company, Kludjeson International Limited to now takeover the company.

Expresso only a brand name

Documents from the Registrar General Department have confirmed, there is no telecom company in Ghana called Expresso Telecom, Expresso Ghana or even Expresso Limited.

Despite the popularity of Expresso as the company’s name, investigations at the Registrar General’s Department have revealed Expresso is only a brand name rather than its official identity.

According to the Registrar of Companies, since 2003, the name of the company on official record has rather been Kasapa Telecom Limited.