We hope to secure at least 50% of votes cast in Ashanti Region - GUM flagbearer - MyJoyOnline.com 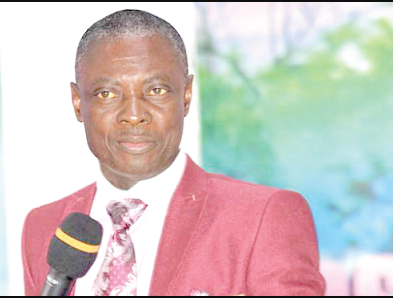 Presidential aspirant and flagbearer of the Ghana Union Movement (GUM), Christian Kwabena Andrew, says he hopes to amass at least 50% of all votes cast in the Ashanti Region during the December 2020 election.

Osofo Kyiri Abosom, as he is popularly called, says the youth of the region, where he is currently touring, have shown immense support for his political campaign and quest for Presidency, especially due to his promise to curb unemployment.

“They are happy to vote for me to come to power because most of them do not have anything to do. They are just roaming about in the streets; they have nothing. So they have accepted to vote for GUM…because they know their hope is in GUM.”

“My main agenda is to revive the shoe and jute factories in the Ashanti Region, which can give employment to its people,” he noted in an interview with Joy News’ Araba Koomson on Friday.

“We will revive the old factories that Nkrumah left and that have been abandoned in the bushes.