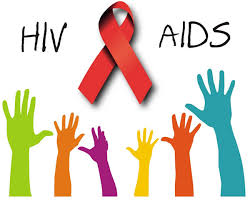 The Hope for the Future Generations (HFFG) has called on stakeholders to unite and work to eliminate the disparities and inequities that create barriers to HIV testing, prevention and access to HIV treatment in Ghana.

Citing the UNAIDS’ ‘Dangerous inequalities: World AIDS Day report 2022’, the Executive Director of HFFG, Cecilia Senoo, noted that “despite progress made towards the global AIDS response, it is still untenable that in 2021, an adolescent girl or young woman (between 15—24 years old) became infected with HIV every two minutes and that 250 000 adolescent girls and young women were newly infected with HIV—more than 80% of whom were in sub-Saharan Africa.”

She said that the increasing rate of new HIV infections, especially among the youth in Ghana is alarming.

Thus, in line with the National theme for World AIDS Day which is “20 years of multi-sectoral HIV response: accelerating progress to end AIDS”, all hands must be on deck to address barriers and inequalities slowing the response to end AIDS.

“If we are to ever really tackle the persistent inequalities that fuel the HIV pandemic, our approach must change: we must put people first. We must tackle AIDS-related discrimination and stigmatization and ensure that young people, especially girls in all their diversity have access to HIV care and prevention services,” Mrs Senoo said.

According to data from UNAIDS on the global HIV response, the last two years of COVID-19 and other global crises has led to a decline in progress against the HIV pandemic.

According to the Ghana AIDS Commission, Ghana’s HIV population is estimated to stand at 346,120, with 34% being males and 66% being females.

Ahead of World AIDS Day 2022, Hope for Future Generations, in partnership with the Ghana AIDS Commission (GAC), Ghana Health Service, and NAP+ Ghana, with support from UNFPA Ghana embarked on a condom activation campaign at the Kasoa and Kaneshie markets on the 18th and 24th November 2022, respectively.

The aim of the campaign was to highlight the benefits of the correct and consistent use of condoms in the prevention of HIV and other Sexually Transmitted Infections (STIs).

This activity was also in response to the unacceptable sustained high numbers of new HIV infections recorded in Ghana in recent years, especially among young people.

World AIDS Day (WAD) is commemorated every year on December 1, to rally support for people living with and affected by HIV and to remember those who have lost their lives to AIDS.

It is also used to educate and raise awareness on the need to prevent HIV infection, and end HIV-related stigma and discrimination.

According to UNAIDS, the slogan for WAD 2022 is EQUALIZE, which focuses on the need for all stakeholders to work together to address the inequalities holding back the progress in ending AIDS.

DISCLAIMER: The Views, Comments, Opinions, Contributions and Statements made by Readers and Contributors on this platform do not necessarily represent the views or policy of Multimedia Group Limited.
Tags:
HIV/AIDS
Hope for Future Generations (HFFG)