'We need Asantehene to speak on the LGBTQ+ matter" - Moses Foh-Amoaning - MyJoyOnline.com 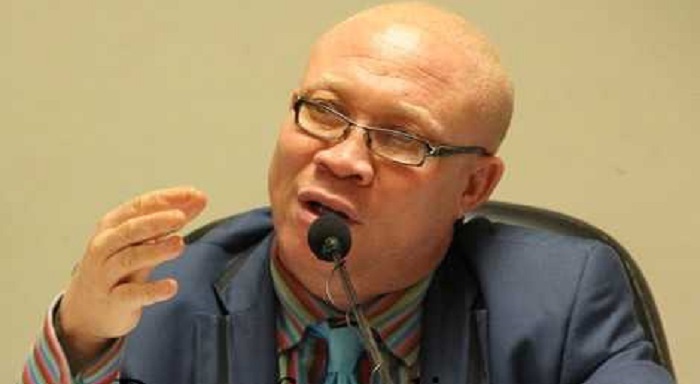 Executive Secretary of the National Coalition for Proper Human Sexual Rights and Ghanaian Family Values, Moses Foh-Amoaning, has appealed to the Asantehene to declare his stance on the anti-LGBTQ+ bill.

Speaking at a public forum on LGBTQ+ held in Kumasi, Lawyer Foh-Amoaning stated that the locus of Asantehene, Otumfour Osei Tutu II on the matter, could have tremendous effects on the people’s decision.

“We’re at a warfare, and we need a paramount leader from Ghana’s chieftaincy to speak. We need him to speak on the matter. When he speaks, it will reverberate.

“Article 11 of Ghana’s Constitution includes customary law as part of our law. Article 39 also spells out the need for the citizenry to educate the forthcoming generation and include the customary law values in every national policy.

“The Asantehene is a symbol of the Ashanti and Akan culture. Imagine the huge effect should Otumfour declare a stance that the Ashantis and Ghanaians don’t accept LGBTQ.

“I believe he speaking on the matter, would make the people hearken,” he said.

Lawyer Foh-Amoaning also spoke on the Speaker of Parliament, Alban Bagbin’s decision to have Members of Parliament vote publicly on the Proper Human Sexual Rights and Ghanaian Family Values bill.

He indicated that the Parliamentarians should vote based on the interest of the people they represent and not their personal interests.

“The public vote is critical. Sovereignty resides In the people of this country.

“All the power of government are supposed to be exercised for and on behalf of the people and for their well-being.

“The Parliamentarians are the representatives of the people. We vote for them to delegate the power. So, they’re not supposed to be acting on their own.

“So if they have nothing to hide, what’s the problem with voting? Because by their own afrobarometer, 93% of Ghanaians don’t like it.

“So why don’t they openly tell Ghanaians that this is what their own people want, but not their personal interests,” he said.

As part of efforts to whip up the public against legalization of LGBTQ and its related activities in Ghana, Christian Service University College held a symposium to sensitize the public.

The symposium, under the theme: “Perspective of LGBTQI+: Theological, Scientific & Legal”, sought to educate the public against legalization of same-sex marriage in Ghana.

Clinical Psychologist, Dr. Isaac Newman Arthur, revealed that most people claiming to be homosexuals found themselves as victims of sexual assaults, therefore there is the need for a law to safeguard such victims.

“Sometime ago, a lady came to my office for consultation, where she disclosed to me that she’s a lesbian now because someone raped her at an early age.

“Due to the psychological trauma she underwent, she prefers to be with ladies.

“Another is a boy who was introduced to gay sex at age 9, he’s a victim.

“The victims need help, and sometimes we need laws to protect the victims and children.

“The anger in the bill is not against the ordinary gay who needs help, but against those who are behind its advocacy,” he said.

He also disclosed some medical consequences of indulging in LGBTQ+.

“Death is higher in such persons because life expectancy is reduced by 15%.

“There are rampant cases of domestic violence in homosexual relationships than heterosexual ones,” he added.