We need blood to save lives – National Blood Service 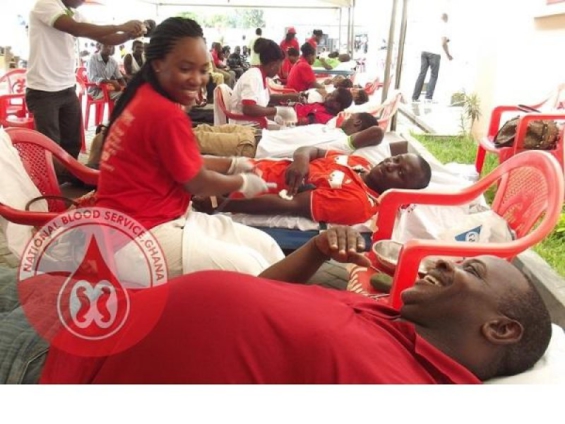 According to him the Service is in dire need of “blood to save lives, we need more donors and volunteers to come forward to help us save lives”.

Speaking in an interview with the Ghana News Agency, at the sidelines of a blood donation exercise, Mr Danso described blood as an emergency medicine and should be made available at the various hospital fridges for any condition that required transfusion, but that was not the case now.

He said 50 per cent of the nation’s voluntary blood donation was from the second cycle and tertiary institutions; but due to changes in the academic calendar of second cycle schools it was difficult to depend on them to stock.

Mr Danso said Senior High Students in Forms two and three were expected to go home soon and admission for some tertiary institutions were postponed to next year affecting the services’ blood collections from schools.

“It is going to be a challenge because these are the people that we depend on for voluntary blood donation. So when this happens, it means that we need to fall on our corporate institutions and faith based organizations from now till the end of the year”.

He said most other voluntary donors were using Covid-19 as an excuse and failed to donate, describing the situation as alarming in the midst of many anaemic babies needing blood. Mr Danso appealed to the public especially the youth to donate to save lives.

He also called on faith based organisations and corporate organizations to lead the crusade for voluntary blood donation to save lives; “we need people to volunteer by walking to the various blood donation centers, blood banks and health centers to donate”.

He emphasized that, a blood donor today could be a recipient in the future and called on all to donate.

DISCLAIMER: The Views, Comments, Opinions, Contributions and Statements made by Readers and Contributors on this platform do not necessarily represent the views or policy of Multimedia Group Limited.
Tags:
Blood Donation
Mr. Stephen Kweku Danso
National Blood Service