We need to uncover the bigwigs engaging in illegal mining – Ken Ashigbey - MyJoyOnline.com 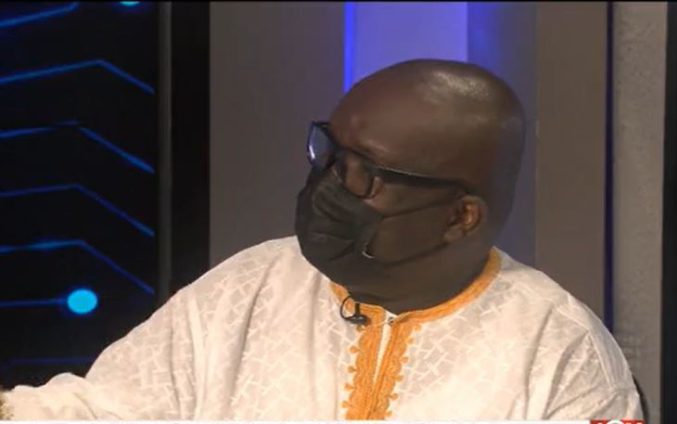 Convener for the Media Coalition against Illegal Mining, Kenneth Ashigbey, has called on the media to come up with more investigative reports on galamsey to expose the bigwigs involved in the activity.

According to him, although it may be dangerous, the investigative reports would help flush out the persons behind these activities that are having adverse effects on water bodies across the country.

Speaking on The Pulse on Monday, Mr. Ashigbey said that some big names in the country have a hand in illegal mining hence the media would need help from the government, specifically Lands Ministry to successfully investigate and help bring an end to galamsey.

“One of the places that we have gotten to as media and that would require a bit of support and funding is to be able to do the investigative reporting. It is very risky, but that is the work we need to do. We need, to do and uncover the bigwigs behind this,” he said.

Mr. Ashigbey added that “it is not the people in the pits that you need to deal with. Who are the people who are importing these excavators into town? Who are the people renting them for over GHS20,000 a day? That is not a small amount of money, we need to be able to unearth all of these people.”

The government stepped up its fight against illegal mining activities after some military men were deployed to protect mining sites in July 2017.

Although galamsey seemed to have been gone down, the canker arose after the military tasked to protect the sites were recalled.

The heavy galamsey activities massively affected water bodies across the country. Many popular river bodies including River Pra turned brown as a result.

To deal with it, the Lands Ministry, in a move to protect forest reserves and river bodies like Ankobra and Pra, sent some military troops to illegal mining sites to stop the incessant activities destroying natural reserves.

The action dubbed ‘Operation Halt’ began in April 2021 following a directive by President Akufo-Addo to the Ghana Armed Forces.

The immediate mission of the troops is to stop mining activities on river bodies in the country. The troops burnt excavators and other mining equipment found on illegal sites.

Although many advised against the burning of excavators, Attorney General Godfred Dame believes the burning of these equipment found close to water bodies do not go against the country’s laws; adding that courting of sympathy for perpetrators leaves much to be desired.

But, Mr Ashigbey believes that local authorities among others who are expected to protect the lands must also be held accountable for failing to do so.

Mr Ashigbey added that “I believed that the President had an opportunity when appointing DCEs to say that any DCE who failed in dealing with the surge of galamsey would not be appointed.”

“For these particular persons (DCEs), we should be taking them out because it is either they are so incompetent they cannot deal with the situation or they themselves are complicit in it. We need to start holding them accountable.”

Meanwhile, Communications Manager of Ghana Water Company Limited (GWCL) Stanley Martey has warned of an imminent water crisis in the country if proactive steps are not taken to address illegal mining in the country.

Stanley Martey noted that the company is currently working on producing around 60% capacity of water; stressing that it is not enough for Ghana’s 31 million population.

He said although the water situation in the country is not worse, the country is likely to be in a distress in terms of water if illegal mining activities are not resolved.