We pay taxes yet we owe; where does our money go? – Joselyn Dumas on E-levy 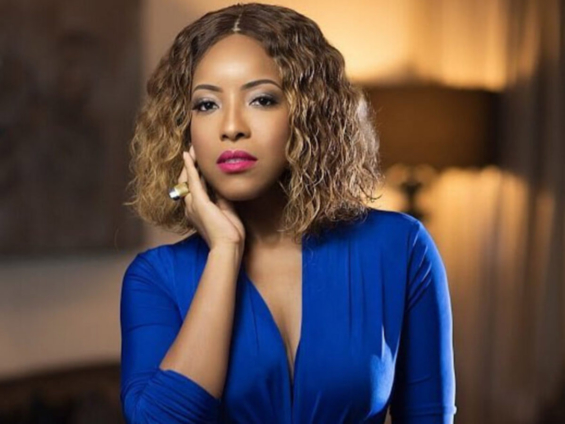 Ghanaian actress, Joselyn Dumas, has added her voice to calls against the proposed 1.75% E-levy Bill on all electronic transactions across the country.

In a tweet on Thursday, the award-winning producer questioned why government intends to implement the levy, despite the current level of hardship in the country.

According to her, “We’re being taxed for so many things, utilities bills, goods & services, company operations (GRA) etc… So where does the money go? Yet we owe. Then #ELevy ? … in such obviously hard times?”.

We’re being taxed for so many things utilities bills, goods & services, company operations (GRA) etc…
So where does the money go ?
Yet we owe.
Then #ELevy ? … in such obviously hard times ?

Joselyn Dumas’ comments come in the wake of divided public opinions on the need for the introduction of the new revenue measure. According to the ruling New Patriotic Party (NPP), the E-levy will enable government to improve its revenue margin to enhance more development in the country.

However, the Minority in Parliament believes that the levy will hurt the economy and make life more unbearable for citizens. As a result of this, the Youth Wing of the National Democratic Congress (NDC) led a demonstration on the streets of Accra on Thursday, to protest the passage of the Electronic Transactions Levy (E-levy) being pushed for by government.

The protestors also registered their displeasure against the government’s inability to resolve the ongoing University Teachers Association of Ghana (UTAG) strike action that has lasted for about a month.

The aggrieved Ghanaians converged at the Obra Spot on Thursday morning clad in red and black outfits.

The demonstrators wielded placards with inscriptions such as; “E-levy is a no brainer to economic recovery and we insist that. Yentua!” and “Pay UTAG. Students are suffering!”

The “Yentua” demonstrators marched from their point of convergence through the Kwame Nkrumah Avenue, Farisco, Striking Force, the Kinbu Road, the Octagon, the National Theatre through the AU Roundabout.

She indicated that there is nothing good about the levy. In a post on Twitter, she noted that citizens are already being taxed for “nearly everything” but they are yet to witness the benefits.

Lydia Forson said if the government wants to raise funds, they should be able to account for all the taxes Ghanaians are tasked to pay.

“There is ABSOLUTELY nothing good about E- Levy!!! NOTHING. There would be room to debate it’s necessity if we’re weren’t already being taxed for nearly everything already. The argument should start from all these hidden/dodgy taxes we pay and are yet to see their benefits,” she wrote.