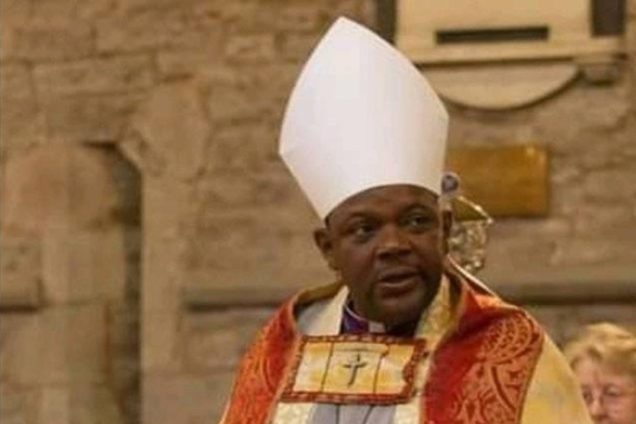 Most Reverend Dr. Cyril Kobina Ben-Smith, Archbishop of the Internal Province of Ghana

The Anglican Church, Ghana (Internal Province of Ghana) has thrown its weight behind the anti-gay (LGBTQI) Bill currently before Parliament.

According to the Church, the support is borne out of the belief that LGBTQI+ is unbiblical and ungodly. “We see LGBTQI+ as unrighteousness in the sight of God and will therefore do anything within our powers and mandate to ensure that the bill comes into fruition”.

Most Reverend Dr Cyril Kobina Ben-Smith, Archbishop of the Internal Province of Ghana, who said this on behalf of the Church, further stated that, aside from Christianity, Ghanaian tradition and culture do not permit such acts.

“This is about morality today and that of the future generation yet unborn. We as leaders must leave a legacy everyone will be proud of. Christ-like legacy of hope”.

“It will be recalled that earlier on in the year, February 28, 2021, during the enthronement of His Grace, the Most Reverend Dr Cyril Kobina Ben-Smith as Archbishop of the Internal Province of Ghana, at the Cathedral Church of St. Michael and all Angels, Asante Mampong, the President in no uncertain terms, condemned this unholy act.

The Anglican Church, Ghana, sees this homosexual practice as an act condemned by scriptures both in the Old and New Testaments. For example, Leviticus 20:13 clearly declares that a male lying with a fellow male is an abomination and punishable by death.

Similarly, in the New Testament, Paul speaks of homosexuality as “contrary to sound doctrine” as recorded in 1 Timothy 1:10 “for the sexually immoral, for those practising homosexuality, for slave traders and liars and perjurers—and for whatever else is contrary to the sound doctrine” It must be noted in our earlier declaration that, the church does not condemn persons of homosexuality tendencies but absolutely condemn the sinful acts and activities that they perform.

Most Reverend Dr Cyril Kobina Ben-Smith, therefore, appealed to its members and the public not to embark on any form of harassment, intimidation, hostilities etc., on individuals or groups associated with LGBTQI+ but rather, see them as potential souls to be won for Christ.

“We as a church assures that we will gladly open our counselling and support centres for the needed transformation services required by these persons or groups. We further advocate for intense education on the Human Rights and Ghanaian Family Values Bill 2021 to avoid acts of emotionalism and sentimentality by our members and the general public.

“We will consistently urge our members and the general public to join the church as it prays towards eliminating any impediments towards the realization of the bill. We are hopeful that the House of Parliament will listen to the cry of many Ghanaians who are anxious to see the bill passed.

In an interview with the media, Venerable Dr George Dawson-Ahmoah, Executive Director to the Archbishop, observed the statement from the church as timely as it augments the several calls from other church groups, leaders and many Ghanaians who wish to see the bill passed as early as possible.

He there commended all stakeholders who have stood firm to see the realisation of the bill and called on Parliament to do the needful to salvage the nation from such an ungodly act.

The Anti-LGBT Bill, which has generated a lot of discussions among Ghanaians, is currently before Parliament as the interested parties submit memos in that respect.

The law would also make it a crime for anyone to identify as a lesbian, gay, transgender, transsexual, queer, pansexual or non-binary (LGBTQ+) and punish them by five years in prison. Besides, advocating for LGBQ+ rights would also be illegal under the bill, with activists facing five and ten years of jail sentences.