We were mindful of current economic conditions when adjusting tariffs – PURC 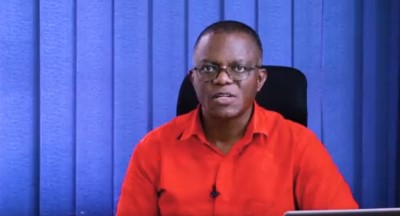 Director of Research and Corporate Affairs at the Public Utilities Regulatory Commission (PURC), Dr. Eric Kofi Obutey, says the Commission was very mindful of the prevailing harsh economic conditions in the country when coming up with the new utility tariffs.

The PURC had on Monday announced new tariffs for electricity and water.

However, this announcement has received some pushback from the public particularly the Minority in Parliament who say that the new tariffs will further exacerbate the already high cost of living for Ghanaians.

The Ranking Member on Parliament’s Mines and Energy Committee, John Jinapor in a press statement released on Monday said the increase will also “worsen the plight of the already impoverished Ghanaian.”

Reacting to concerns about the increment, Dr. Obutey explained that the harsh economic conditions being complained of by consumers is also dealing a heavy blow to utility providers, hence the need to adjust the tariffs.

According to him, this has to do with the influx of energy saving bulbs and equipment, and the need to capture those that indeed were poor.

“When we had the 0 to 50 kilowatt per hour, we were then using the incandescent bulbs, the onion type of bulbs, those round bulbs. And those ones were not energy efficient. So if somebody has one of that and is using let’s say a small radio and a small black and white TV, we considered that it would have come in the range of 0 to 50 kilowatt per hour, that’s the poor. And it was based on a study that the energy commission did.

“Now we have energy saving bulbs, energy saving equipment, so we don’t need that huge 0 to 50 tariff band again to be able to operate. So the poorest of the poor can make do with 0 to 30 kilowatt hours and that accounts for the reduction in tariff band from 0 to 50 down to 0 to 30, that’s what accounted for it,” he explained.

Meanwhile, Dr. Obutey has reiterated the PURC’s claim that the new tariffs are geared towards fostering economic development.

He stated that increasing the cost of residential utility use against that of industrial utility use is to encourage Ghanaians to go into production and subsequently create employment.

“What we are trying to do is to realign the tariff in such a way that we’ll get people to use the electricity for productive use and not just for social activities. So we try to encourage production, we try to encourage employment, for which reason we try to lower the tariffs for industrial class as compared to residential class,” he said.