We were starved for a week – Nollywood actors recount kidnap ordeal 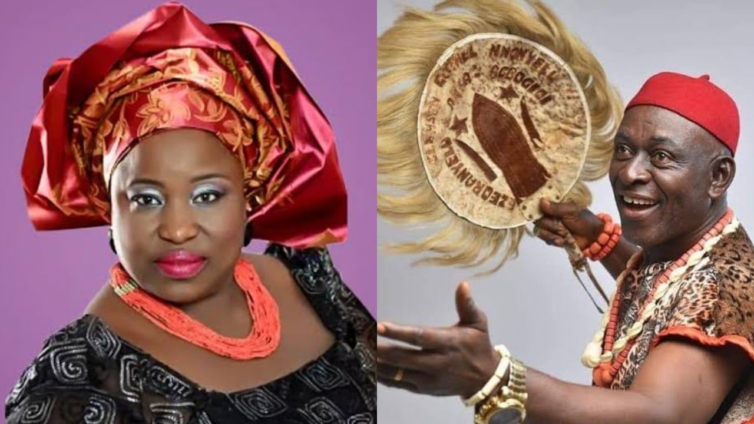 Nollywood actors Cynthia Okereke and Clemson Cornell, aka Agbogidi, have recounted their ordeal after they were kidnapped for about a week.

In a video shared on social media, Cynthia said that she was grateful to be alive after the predicament including being starved for a week.

She stated that the support and prayers from her family, friends and colleagues ensured her safety after the kidnap.

“My BP is high, but to God be the glory for all of you. They thought I was going away, but I am not. For a good one week, I was there without water or food. But today, I say God to you be all the glory forever and ever,” Cynthia Okereke said.

Clemson Cornel also noted that he was exhausted following the kidnap and need absolute rest.

“I am just out of the hospital. But I thank God the doctor had seen me, and everything went fine. I appreciate you all. I’m a bit weak, so I’ll be going home shortly to have some rest,” he said.

AGN’s Director of Communications, Monalisa Chinda who broke the news said the actors were reported missing after their family members confirmed that they didn’t return from a film location at Ozalla Town, Enugu state.

Twenty-four hours after the kidnapping, the perpetrators were reported to have made contact with the family of the actors demanding a ransom for their release.

But when the Guild attempted to pay a ransom, Mr Rollas said they mocked him.

Mr. Rollas appealed to his colleagues in the movie industry to help raise more money to release Cynthia Okereke and Clemson Cornel.

The actors were released a few days later. At the time of their release, it was unclear whether the Guild or the families of the actors paid a ransom to secure their freedom.

Meanwhile, Cynthia Okereke in an interview with Sunday Scoop revealed that her family did pay a ransom to secure their release.

Asked how much was paid to secure her freedom, the actress said, “that is what I won’t tell you, but a ransom was paid. I don’t want it to go viral but ransom was paid. My husband was the one who took the ransom to Ngwa in Abia State.”

The actress added that she will return to acting after a much-needed rest.

Cynthia Okereke said that she was not going to let this experience affect her work.