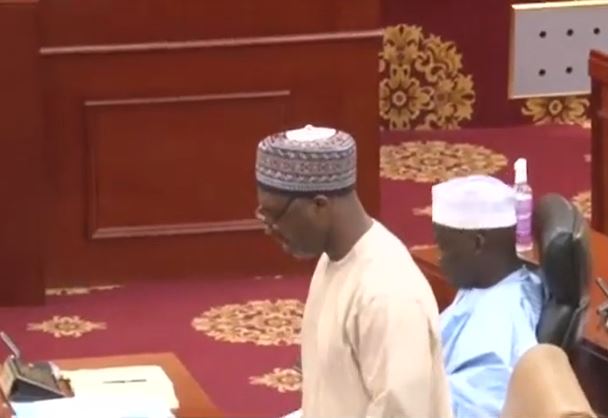 The Minority in Parliament has threatened to block the introduction of any bill by the Executive if the Chairman of the Constitutional and Legal Affairs Committee, Kwame Ayimadu Antwi continues to delay the passage of the Anti-LGBT Bill.

“I can assure that any other bill that will be introduced in the House, we shall resist it even if it is to provide water, we will resist it,” said the Minority Chief Whip, Muntaka Mubarak.

This comes after the Chairman of the Constitutional and Legal Affairs Committee, Kwame Ayimadu Antwi justified the delay in the passage of the Bill with the explanation that the Committee will not cede to pressures from the Minority to do a shoddy job.

Mr. Mubarak accused the Chairman of deliberately delaying the passage of the Anti –LGBTQI Bill therefore, the Minority Group will continue to oppress any bill before the House.

Mr. Muntaka Mubarak argued that the Chairman ought to have used the right channels for the passage of the Bill.

He urged the Chairman to work hard and complete the report in a week, saying that it is possible.

However, explaining the delay in the passage of the Bill in to law, Mr Kwame Ayimadu said the Committee has to take time to pass a law that will withstand the test of time.

He insisted that the Committee will go through the legal processes before passing the Bill into law.

He added that the Committee is on course with the passage of the Bill, adding that they have “never rested.”

“What they refer to as the Chairman of the Committee delaying the Bill, Mr Speaker, I would want the House to know that I am a senior member of this House and I am competent enough .. this is a bill that we have to go through the processes and we have to take the time so that we will pass a law that will withstand the test of time. We just cannot rush through this,” he explained.

About the anti-LGBT Bill

In August, eight parliamentarians jointly submitted a private members’ bill to push for the criminalisation of LGBTQ+ activities in the country.

As a result of this development, a public hearing for the Promotion of Proper Human Sexual Rights and Ghanaian Family Values Bill, 2021, was organised.

Various groups and individuals have presented their documents to Parliament’s Committee on Constitutional, Legal and Parliamentary Affairs.

DISCLAIMER: The Views, Comments, Opinions, Contributions and Statements made by Readers and Contributors on this platform do not necessarily represent the views or policy of Multimedia Group Limited.
Tags:
Anti-LGBT bill
Kwame Ayimadu
Muntaka Mubarak.
Parliament