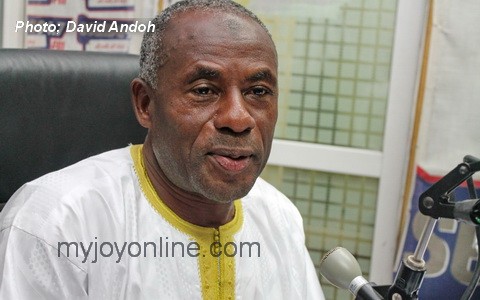 Former Works and Housing Minister, Collins Dauda, and four others were charged for causing financial loss to the state in the Saglemi Housing project. They pleaded not guilty. Meanwhile, the former Minister’s predecessor E.T Mensah says, “Parliament approved for the construction of all five thousand houses and not in phases.”

After months of negotiation and court injunctions, members of #FixTheCountry finally hit the streets with their concerns. Some of the protestors say they joined in demanding better living conditions. A pastor, clad in his navy blue suit and white clerical suit, explained that he joined the protest on behalf of his church members, “nowadays our church members when they come to church they can’t give offering, they can’t pay tithe, because all our members are broke.”

Another protester, 75-year-old man who joined said, “he is very much concerned about the country’s development, which is why he joined the protest.

President Akufo-Addo, speaking at an event to mark the 29th anniversary of the establishment of the New Patriotic Party (NPP) as a political entity, acknowledged that “Yes, the nation is facing challenges and difficulties but these can and will be overcome because we have the policies, the programmes and the values that will enable us to continue our journey of development in freedom.”

A strike by the University Teachers’ Association of Ghana (UTAG) is a source of worry for students. The teachers want government to address issues of their deteriorating conditions of service. They also want the implementation of a 2012 Single Spine package which put entry-level Lecturers on a salary of $2,084.

The students are worried about how this would affect their academic work, “it’s very frustrating as a final year student. I need my supervisor to look at my work, and he’s not available. This will obviously affect my completion timelines.” Another student echoed the concerns, “Covid-19 has already changed the academic calendar, so if this strike should prolong, it will cause a mess.”

The Ghana Health Service warned that the country’s Covid-19 cases may get to 8,000 by next week if the blatant disregard for safety protocols continues.

As of the 4th of August, data from the Ghana Health Service put active cases at 6,766 cases, with the Volta, Bono and Bono East Regions emerging as new hotspots. Some 854 deaths had been recorded. Director General of the Service Dr Patrick Kuma Aboagye requested everyone to, “work at averting the rising infections.”

Economists are not happy that the country’s debt stock is rising. They say this will have an impact on the economy and job creation. The provisional nominal debt stock as of end-June 2021 stood at ¢334.56 billion, representing 77.1 per cent of GDP. This was up from ¢291.6 billion at the end of December 2020. However, professor of Finance with the University of Ghana Business School, Professor Godfred Bokpin, who attributes this to an appetite for borrowing believes, adequate revenue generation can be a solution.

Chairman of Board of Trustees for the National Cathedral, Apostle Prof. Opoku Onyinah revealed that the edifice will also house every tree mentioned in the Bible at its museum. He also mentioned some activities likely to occur there, including state funerals, major conferences, and swearing-in of Christian-Presidents.