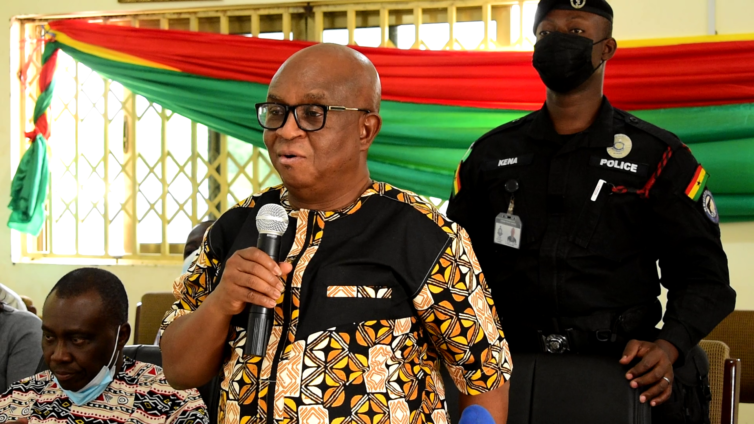 The Volta Regional Minister says his outfit will probe the allegations levelled against Seven Sees salt mining company in the Ketu South Municipality.

He said the Regional Coordinating Council will take the necessary steps if it is found that it does not have the necessary operational documentation.

According to him, stiffer sanctions will also be applied to its managers.

“In the next couple of days, we should be able to get to the bottom of this issue and see if the company has concessions that extend to where the incident happened or not.

This will be on record and if they do not have the concession there, we will advise ourselves on what to do. There will be sanctions, but now we do not know the facts, so we will advise all to calm down and allow the authorities to do their work,” he told Citi TV on Wednesday, September 29.

The facility in question, Seven Seas Salt Company is an Indian company located in Adina.

According to the residents, the operations of the company have caused so much havoc in the municipality, including the loss of lives.

A middle-aged woman and her three young children died due the the dykes allegedly owned by the company.

In a protest staged on Tuesday, September 27, the protesters noted that not less than 10 people have died from the facility this year alone.

The company has, however, denied these allegations and blamed the death of the four on the activities of the residents.

DISCLAIMER: The Views, Comments, Opinions, Contributions and Statements made by Readers and Contributors on this platform do not necessarily represent the views or policy of Multimedia Group Limited.
Tags:
Dr Archibald Yao Letsa
Residents
Salt Mining in Ghana
Seven Seas Salt Mining Company