‘We’re pounding fufu for others to go and eat’ – Prof. Bokpin 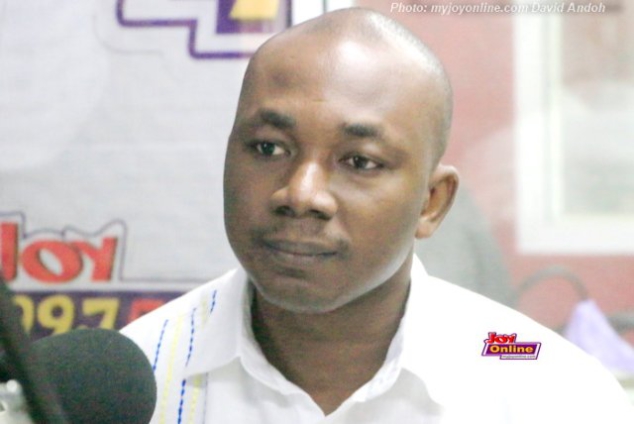 Professor Godfred Bokpin of the University of Ghana Business School (UGBS) has bemoaned the absence of Ghanaian ownership and content in the country’s most lucrative sectors of the economy.

According to him, “There’s nothing Ghanaian about the Ghanaian economy.  And at the end of the day a good way to understand this is that we pound just enough fufu for others to go and eat because the growth is not resident here. Everything is just leaving.”

He was speaking on the rapid depreciation of the cedi on JoyNews’ PM Express when he noted that with multinationals manning the most lucrative aspects of the economy, all revenue is repatriated outside the country in dollar bills which put a major strain on the Cedi and leads to the currency’s depreciation and inflation.

“Pick the lucrative sectors of this economy, Ghanaians are visibly absent or missing from that. Pick the banking industry, what is Ghanaian about the Ghanaian banking industry? Look at the players in that industry. Look at telecom, look at mining, look at oil, and I’ve seen the data the GUTA person is talking about. If you look at the petty petty trading these guys do, it is less than 18%.”

Prof. Bokpin stated that till a drastic measure is taken to remedy the situation through the increment of local content in the economy in general, the cedi will continue to depreciate at an alarming rate.

“The cedi since it was introduced in July 1965 has lost approximately 99.999%. Mathematically, we just can’t get to 100% because once you depreciate something by 100% it ceases to exist, he said.

He further stated that the current fix the cedi finds itself in is also exacerbated by the lack of predictability in the 2022 budget.

According to him, the government has failed to outline any clear fiscal sustainability path that gives comfort and confidence to investors in the budget.

“And you know why? Because when you see the foreign dominance in your economy like this your policy communication must generate confidence. Other than that the mere speculative activities of these foreign interests and the rest of them can collapse your economy because they are the ones driving what is happening here and all of that,” he explained.

He has thus called on government to issue a statement to cause a revision to certain provisions in the 2022 budget in order to court some investor confidence.

Meanwhile, he is adamant the E-levy is not a viable solution to the problem and must be abandoned completely.

“And then again, this is where I want to make this humble submission. There’s no plan B for the 2022 budget. There’s no plan B and I believe that government didn’t do well. So everything was hinged on e-levy and I think that e-levy should still not be passed because that is not the solution.

“So I believe that it may be helpful for the Ministry of Finance to make a statement in Parliament about certain revisions to the 2022 budget to give some level of confidence and assurance, it doesn’t hurt to take another look,” he suggested.