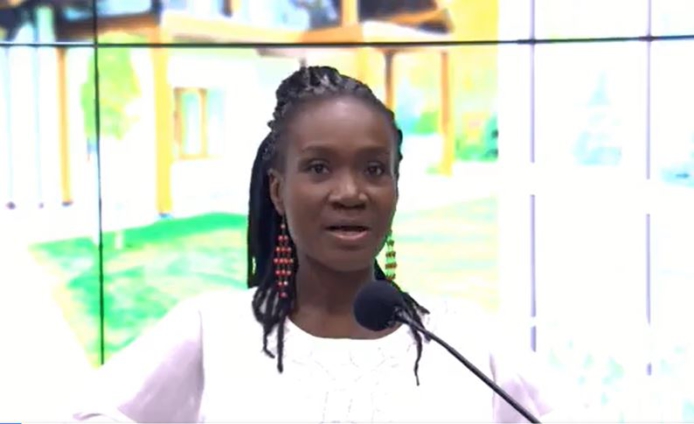 A lead Cancer advocate of Wesoamo Child Cancer Foundation, Gloria Pwamang has described how the organization came to be.

Speaking in an interview on Home Affairs on Saturday, she said the Foundation was hatched by her 11-year-old daughter, Nicole who had the desire to support other children battling with cancer.

“She started a charity to support children who were going through treatment because of her experience at Korle-Bu. So she started it and we launched it unfortunately we lost her at 14,” she said.

Gloria Pwamang said the first time her daughter mentioned the charity was when she was undergoing a test at Korle-Bu.

“When we were going through the test, there were some of the parents that couldn’t pay for the initial treatment test. Some it was like 50 cedis or even less.

“The was one recently and they were to pay a consultation of 50 cedis so she said mummy 50 cedis you can pay for her so I said no we can’t be paying because we also need to pay for ourselves and she said she wanted to forgo her kalyppo ahead so I could pay for somebody,” she recalled.

She said after that encounter, her daughter approached them (parents) to help with the monetary aspect to get the foundation running.

He added that “because we couldn’t do it alone .. we were given the opportunity on Gifty Anti’s programme to launch it after officially registering the Charity.”

According to her, after the family lost the daughter at the age of 14, they decided to put a stop to the charity.

This, she explained is because the family was deliberating on who would keep the charity running after the demise of their daughter.

During her funeral, she added, “funds were raised and the foundation was mentioned,” and it dawned on them to continue her daughter’s legacy.

“We thought that if funds were raised, what are we going to do with the funds so I had to sit in for her.”

And to date, the Foundation still stands helping out children with cancer.