Western countries and Ukraine are to blame for scuffle with Russia - Obed Asamoah - MyJoyOnline.com 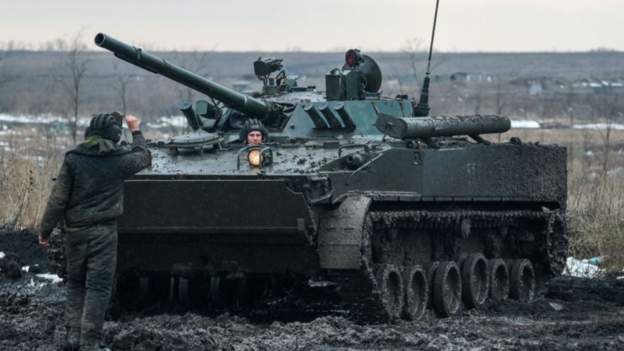 Former Attorney-General and Minister of Justice, Dr Obed Yao Asamoah, says Russia is not to blame for the scuffle between itself and Ukraine.

According to him, Ukraine and Western countries that have totally immersed themselves in the conversation are those to be held responsible for the casualties being recorded in the war.

When asked about the reason for his position by JoyNews’ Benjamin Akakpo in an interview, Dr Yao Asamoah said “Ukraine should have realized there is a limit to the freedom that they can wield” since the Russians will not tolerate NATO having a base close to them.

“You have to respect the right of others also, that there should be some limitations on some of the things you can do and say,” he added.

Dr Obed Asamoah explained that since the North Atlantic Treaty Organization NATO of which the United States of America (U.S.A) is a part, is an anti-Russian organization, therefore, Ukraine should have rescinded its intention to join.

“They (Russia) made it clear on several occasions and everybody should have listened to it.”

The former Chairman of the opposition National Democratic Congress believes the US would have reacted same if Ghana decided to host some intercontinental missiles on behalf of Russia.

“Assuming the present government goes into an agreement with Russia for them to come and place intercontinental missiles in Ghana, Ghana will be bombed by the next minute by the US.

They won’t have intercontinental missiles sitting across the Atlantic aimed at them. You know what happened with Cuba. When it comes to big power politics, they don’t pay attention to international law.”

According to Dr Yao Asamoah, Russia does not intend to destroy Ukraine as purported by Western media outlets.

“They are not really anxious to destroy Ukraine. They want Ukraine to be part of Russia. The eastern part of Ukraine are ready to absorb into Russia. But Western propaganda is that the Russians are meeting a lot of resistance. It is just to push the Ukrainians to be fighting.

That is why they (Russia) are slow,” he said.

He concluded by stating that it is high time Ukraine “thinks twice” and realizes the West is leading the country to “the slaughter” especially when “it is an unequal matched.”

Early this month, US troops were rushed to Europe amid the war in Ukraine. They’re among 3,800 troops from the 1st Armored Brigade of the Army’s 3rd Infantry Division, based at nearby Fort Stewart in southeast Georgia, ordered to deploy quickly and bolster U.S. forces in Europe after Russia’s invasion of Ukraine.

In all, the Pentagon has ordered about 12,000 service members from various U.S. bases to Europe, with a couple of thousand more already stationed abroad shifting to other European countries, APNews.com reported.

3. Unfortunately, in 1991, the Union of Soviet Socialists Republic (USSR) or the Soviet Union collapsed, bringing an end to the Cold War. This made the US the only superpower in the world. All member states of the USSR became independent states, including Russia and Ukraine.

Find the subsequent explainers by clicking on the hyperlink.

Meanwhile, it has been reported that Russian forces bombed a theatre where civilians were sheltering in the besieged southern city of Mariupol.

Deputy Mayor Sergei Orlov told the BBC that between 1,000 and 1,200 people had sought refuge in the building.

Also, Ukraine has said an art school in Mariupol, where about 400 people were sheltering, was attacked. Officials say the building has been destroyed and people could be trapped under it.

BBC reports that Ukraine has rejected a Russian ultimatum offering people in the besieged city of Mariupol safe passage out of the port if they surrender.

“I’m ready for negotiations with him [Russian president Vladimir Putin]. I was ready for the last two years. And I think that we cannot end this war without negotiations,” Zelensky said over the weekend. “I think that we have to use any format, any chance in order to have a possibility of negotiating, possibility of talking to Putin. But if these attempts fail, that would mean that this is a third World War.”