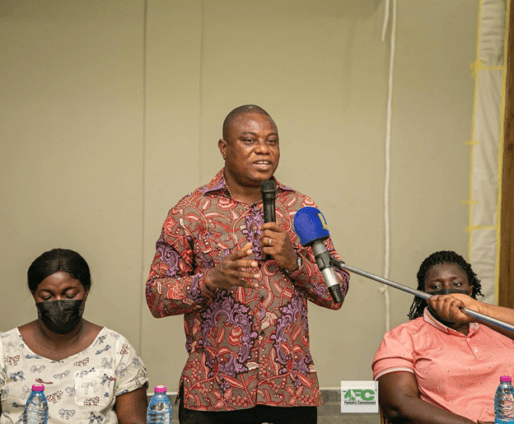 The Chief Executive Officer (CEO) of the Forestry Commission (FC), John Allotey says there are plans to build a regional office complex in the Western North Region.

He said the building, when completed, would serve as offices for the Timber Industry Developing Division (TIDD), Forest Services Division (FSD) and the Wildlife Division.

Mr Allotey made this known when he led officials from the Forestry Commission on a two-day working visit to the Western North Region to hold discussions with timber contractors on their challenges and to find ways to address them.

It also aimed at finding ways to curtail illegal activities in the area to help protect the forest reserves.

Mr Allotey said the visit was to see how the Commission could help to improve the activities of the timber contractors and to create more employment opportunities for the youth in the region.

The CEO said the Regional forest area was made up of 27 permanent forest reserves with a perimeter of 1,851.18 kilometres.

However, since it was a new region, there was the need to get an office complex to help monitor the illegal activities in the area.

He urged the residents to unite and support the Commission in the fight against illegal activities in the area to help protect the resources for future generations.

“We need to work together; we need to protect the forest and we cannot do it alone. We need the traditional leaders and the law enforcement agencies but most importantly we need you because you have invested,” Mr Allotey told the timber contractors.

He appealed to the contractors to employ more people from the area to prevent the youth from felling trees from the concessions allocated to them.

Mr Allotey also asked them to supply some of their products to the local timber market instead of exporting them to the external markets.

He assured them of the Forestry Commission’s readiness to assemble people with the help of the contractors to create additional stations to help monitor and protect the forest.

The CEO assured the contractors that the Commission would put measures in place to help put an end to the ongoing illegal activities in the area to help expand their business and enhance employment in the region.

Mr Allotey thanked the Paramount Chief of Sefwi Wiawso, Katakyie Kwasi Bumagama II for donating a parcel of land to the Commission for the construction of the regional office complex.

Some of the contractors, who spoke to the media, expressed worry about the delay of trucks on the road and appealed to the Commission to institute measures to prevent the delays.

“Our businesses are collapsing due to the excessive delays of the trucks on the roads; sometimes the cars could be delayed for almost two weeks before it is released, which is worrying,” the contractors said.

Mr Joseph Asante, a timber contractor, who spoke to the Ghana News Agency (GNA), called on the contractors to unite and support the Commission to fight illegal activities in the forest.