‘What a shame’ – Police to Arise Ghana protestors - MyJoyOnline.com

‘What a shame’ – Police to Arise Ghana protestors 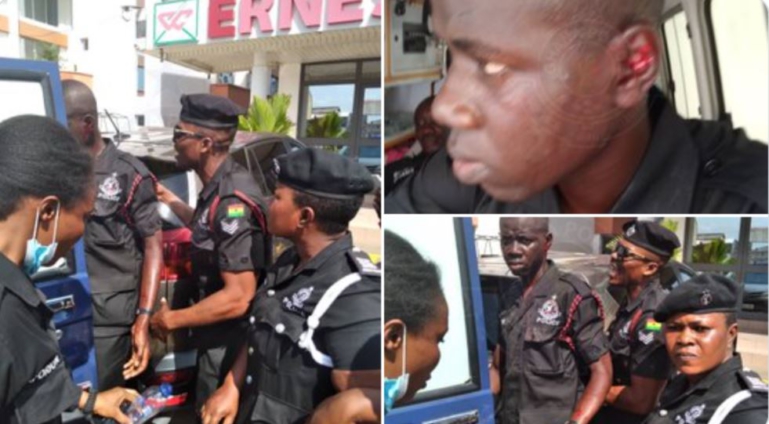 The Police administration has accused Arise Ghana protestors of injuring officers deployed to provide security at the demonstration.

“What a shame, we were there to protect you and ensure your safety, but you threw stones at us. Injured and hurt us. This behaviour is unacceptable and must be condemned,” the Police said in tweet.

Attack on Police in the Ongoing Arise Ghana Demonstration

What a shame, we were there to protect you and ensure your safety, but you throw stones at us, injure and hurt us.

This behaviour is unacceptable and must be condemned. pic.twitter.com/8FGeycExJD

The demonstration turned violent after the Police fired tear gas into the agitated crowd to restore calm. In addition to the tear gas, the Police responded to the protestors with water cannons.

Although it is unknown what may have prompted the action, some protestors were seen pelting stones at the Police and their vehicles.

Earlier, there was a standoff between the Police and the protestors over the approved route for the demonstration.

This was after the Police tried to enforce the Accra High Court directive that asked the protestors to move from the Obra Spot to the Independence Square.

But the protestors had wanted to march through the Ako Adjei Interchange and make a quick stop at the Jubilee house.

The three were allegedly picked up for their involvement in the chaos that marred the demonstration.

The Police have since called for reinforcements to deal with the situation.