What Do You Know?: Message from the Morning Man 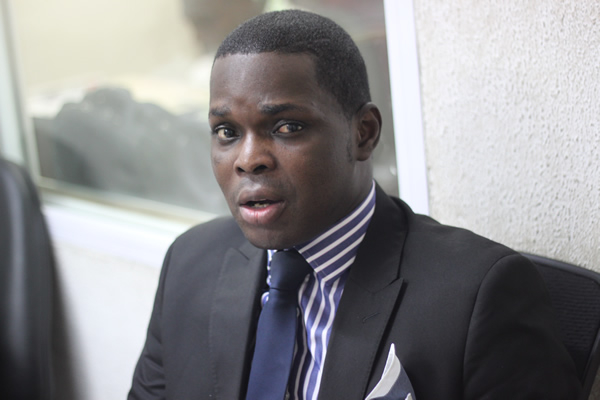 For those of you who never experienced the old O Level and A Level educational system in Ghana, the way it worked was that you would enter secondary school at Form 1 and write your O Levels at Form 5.

If you were successful, you would then go to sixth form, which comprised of Lower 6 and Upper 6. Seven years of secondary education – often in the same school.

Now, you could either be an Arts student, a Business student, or a Science student. That was a decision you would have to make at the end of Form 3. In the Yankson household, the expectation was that I would become a science student. In fact, for the majority of the first three years in secondary school, I fully expected to be a science student too. It all changed in Form 3, when Brother Mike walked into our classroom.

Brother Mike was a catholic functionary of some sort (I never quite fully understood the difference between a Father and a Brother, but… well, he was the latter). He was also our Maths teacher.

There was something quietly menacing about Brother Mike. He was very soft spoken and often had a half-smile on his face, but there was something about his slow, calculated movements and his piercing glare that just… terrified me.

I'll never forget our first Maths class. He didn't write his name on the board, or introduce himself to us. He didn't do a roll call or ask us what we had learnt so far. After strolling in at his usual measured pace and staring directly at each and every one of us, he simply sat down at the teacher's desk, took off his glasses, breathed on them, took out a handkerchief, wiped his breath off the lenses and said three words: "Mathematics is hard".

Some of you might already know that my father's big dream was for me to become a doctor. As his only son, he had hoped that I would pursue that noble profession he had been forced to sidestep because of his fear of blood (don't laugh). Now, as it turned out, I sidestepped the noble profession because of my fear for Maths.

Ok, let's be fair to Brother Mike. I think he was trying to focus our minds, not scare us. But the way he spoke just left me with the impression that Mathematics was a super power, a repository of privileged information, a secret language that only a chosen few would ever be blessed with the ability to discern. It made me feel dumb, and I don't like feeling dumb. So I avoided it altogether.

Friends, I'm sure we have all come across knowledgeable people who guard their knowledge jealously. They are always sure to remind you of the fact that they know and you don't. Doctors who listen to your symptoms and then scribble a prescription in handwriting that you can't read, hand it to you without a word and turn to their next patient.

Mechanics who peer into your bonnet, make some disapproving sounds, wag their heads from left to right, and then declare, "Madam don't worry. Ma me 850 na meny3 mma wo".

Preachers and (often false) prophets who tease you with tantalising details of dreams and revelations, but declare that they can't give you the full details. Then, after you "sow a seed", they speak rapidly in tongues for a minute and a half, tap you rudely on the forehead, and declare that you are saved.

It's almost as if they want their work to be like a magic trick to us. Poof, and the job is done. Why can't a doctor tell us what is actually happening in our body that is causing us to be ill? Why can't a mechanic explain the fault, tell us how it happened, so we can prevent it in the future? Why can't the pastor explain his revelations to us, so we can pray over them too? Surely, the more people pray for the same thing, the better chance the prayer gets answered. Anaa?

So for those of us who know, and want the world to know that we know, my question to you this morning is a simple one: why do you think God gave you that knowledge? So you could keep it to yourself? I doubt it. So just remember: every time you use your knowledge to exclude others, you're physically blocking God's will from being done. Wrong move.

Let's all use knowledge the way it was intended. Let's use it inclusively. Let's share what we know. Let's encourage others to learn from us. Yes, we worked hard to learn it, but if we managed it, that should encourage others, not discourage them. Let's develop an appetite for raining and mentoring the next generation. After all, if we teach nobody the things we know, we leave nothing to prove that we existed.

My name is Kojo Yankson, and I'm grateful for these daily opportunities God gives us to share what we know on the Super Morning Show.