What is social media saying about Carlos Ahenkorah’s E-levy comment? 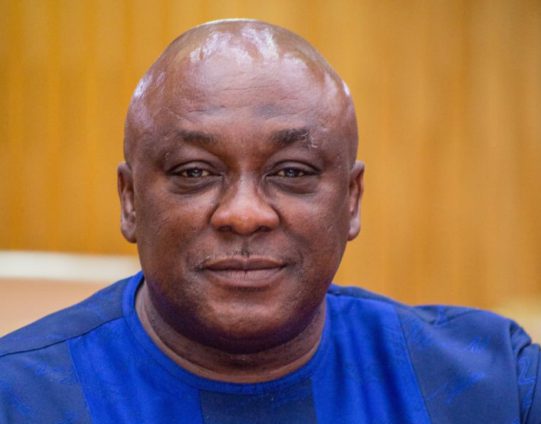 Social media users are displeased with Tema West MP, Carlos Kingsley Ahenkorah, over his recent comment on the electronic transaction tax (E-levy), which is yet to see the light of day.

In an interview with JoyNews, the MP stated that the proposed 1.75% E-levy by government is not a compulsory tax, thus Ghanaians who are opposed to it should not engage in electronic transactions.

Many are of the view that the comment does not commiserate with Ghanaians who are facing economic hardships due to the adverse effects of the Covid-19 pandemic.

According to users, Mr Ahenkorah has failed to represent the will of his constituents over the levy being opposed by the Minority in Parliament.

Since Finance Minister, Ken Ofori-Atta made known government’s decision to implement the E-levy to widen its net revenue, some Ghanaians have contested the decision, insisting that it not be implemented. However, others are of the view that it should be implemented, but at a lower rate.

Hon. #Carlos_Ahenkorah:
If You Don’t Want To Pay E-Levy Don’t Use Mobile Money.

Very Disappointed In Carlos, This Is The Kind Of #Politicians People Are Wasting Their Time And Energy Voting For Them.
Arrogance And Abuse Of Power.#timewilltell pic.twitter.com/AM8Hh9WRNc

I need Hon. Carlos Ahenkorah digits. Does he even deserve the Hon tag? Someone close to him got to advise him

Indeed, “Pride comes before the fall of man.” Herh!!!! Carlos Ahenkorah paaa, how can you be sooooo callous with your utterances😡.https://t.co/QXWOcXIn57

Why are you surprised? Have you forgotten so soon how he chewed ballot papers in parliament and went about interacting with his constituents having tested positive for COVID-19?

Carlos Ahenkorah is a lose talker.Such irresponsible statement to make.

@andydosty. Chairman Gud Morning, Happy Birthday to Nana Kwame. Mr Andy, Carlos Ahenkorah’s speech is a Childish talk if My Parent live in Kpankpan nd I want Them to Get a 100Ghc immediately For Drugs or something urgent how do I do it. He should Come again #Daybreakhitz

The same guy who ran away with ballot sheets in Parliament in January, telling you this in December. https://t.co/PU7UJYABA2

The NPP and Akuffo-Addo led Government clearly don’t know the direction the world is heading to and importance of cashless environment, Carlos Ahenkorah confirmed that.

The government needs to sieve out those it allows to speak on national issues. pic.twitter.com/P4ZgSO0gnP

‘E-levy not compulsory; keep your money on your phone if you can’t pay’ – Carlos Ahenkorahhttps://t.co/qGZRrcQhmP