What the law says: On assaulting police officer - MyJoyOnline.com

What the law says: On assaulting police officer 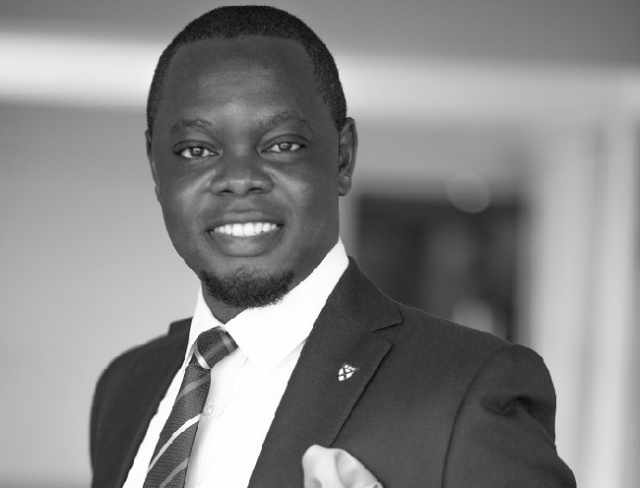 Two persons, a driver and his mate, are standing trial for physically assaulting a police officer who arrested them for jumping a red light.

The two Francis Buabeng, 26 years and Albert Ansah, 33 years who were previously remanded in police custody have been granted bail Friday by a Weija Circuit Court in the Greater Accra region.

The following are the views of  a law lecturer at GIMPA Faculty of Law, Justice Srem-Sai on the subject. He is also an Executive Fellow at the Institute of Law & Public Affairs (ILPA).

Therefore, the problem is always that thin line between the general rule (that everyone is entitled to personal liberty) and the exception (the circumstances under which this liberty may be limited).

The beginning point is that a person may not be arrested without a court warrant. This is because the law values personal liberty that much. However, common sense, too, tells us that there are thousands of circumstances where securing a court warrant ahead of arrest may defeat the purpose of the arrest or may otherwise be impracticable. That is where the concept of “arrest without a warrant” comes in.

In this regard, every police person, whether in uniform or not, has the power to arrest or detain a person within Ghana’s territory without a warrant. A police person has this power from the very moment she passes out or is commissioned from the training school, right up to the time that she is discharged or retired from the Service. It does not matter that she is not on schedule; for every police person is deemed to be on duty all the time, 24/7, irrespective of official working hours.

Considering the value that the law places on personal liberty, it would be absurd if this huge power the law gives policepersons (to arrest without a warrant) is left unregulated. Therefore, the law regulates this power in two respects – first, procedurally and, then, substantially.

This answers the question – how should a policeperson make an arrest? The law spells out how a policeperson should arrest a person. She first has to disclose her capacity as a policeperson to the person she intends to arrest (unless her identity is obvious, as in where she is in uniform or where she is already known as such). She is, then, required to inform the person she wishes to arrest that she is arresting him; and to, unless where the reason for the arrest is obvious or where it is impracticable to do so, immediately supply the reason for the arrest.

Upon informing the person this way, the policeperson is (unless where the person submits to the policeperson’s custody by word or action) required to, then, actually touch or confine the body of the person to be arrested. In touching or confining the body of the person being arrested, the police is not supposed to apply force which is more than necessary for the purpose under the circumstances. At this point, the arrest is complete. The police person is required to immediately take the person to a police station; and, also before a court of competent jurisdiction to consider granting the arrested person his liberty back within 48 hours.

This answers the question – under what circumstances is a policeperson empowered to arrest a person without a court warrant? There are many instances that a policeperson may arrest a person without a warrant. However, the common ones are (1) where a person actually commits a crime in the presence of the policeperson; for example, jumping the red-light; or (2) where the policeperson suspects that the person has or is about to commit a crime. This suspicion, however, must be on reasonable grounds and in good faith. What is reasonable is what the average person of the society thinks under the circumstances of each case. Even here, there may be no need to arrest the person without a warrant if it is possible or convenient to effect the arrest subsequently with a warrant.

From the conduct of the person who is being arrested, we may note strongly that some persons are simply lawless – they will resist arrest no matter what. Indeed, there is no lawful excuse for such lawless persons.

Martin Kpebu was the lawyer for the driver and mate

The second aspect of the answer is where the policeperson does not strictly follow the procedure for arrest. For example, some policepersons use words which do not show that they intend to arrest. It is not an arrest if, for example, a policeperson says, “let’s go to the station,” or “come with me”, or “follow me”, etc. Such words accompanied by an attempt to physically restrain the person, though indicative of arrest, may occasion a scuffle. This is because the person being arrested may not consider himself bound to follow or obey such instructions. A police person who fails to follow the procedure strictly is not only breaching the law, she is also putting herself in immediate physical danger.

Again, some policepersons, too, use more force than is actually necessary to confine the persons they wish to arrest. What needs to be noted here is that such excessive force may naturally degenerate into a scuffle – it is unnatural to submit to violence and very natural to resist undue violence. The law takes that fact into account.

It is curious why a police officer will choose to use more force than it is necessary to confine the person for the purposes of an arrest. But it is also true that some policepersons take advantage of their power to humiliate or unlawfully settle personal scores with or otherwise “punish” the persons they wish to arrest. That clearly is unprofessional and attracts sanctions.

However, the sanction for such unprofessional police conduct does not lie in private physical assault on the policeperson. It lies in other legal procedures – a law suit or internal police disciplinary procedures. However, this is also exactly where the credibility, effectiveness and fairness of such legal procedures become important. The surge in assault on policepersons may be a direct result of the declining public confidence in these procedures and the justice system as a whole – the fear that nothing will come out of a formal police inquiry process.