When my heart broke, my father used Google to save me 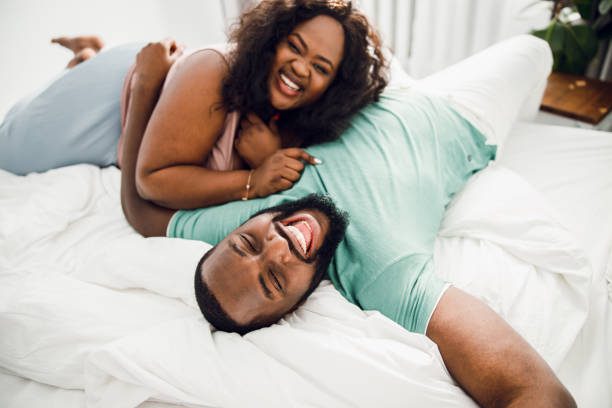 After I came home from the hospital, my mother and father took turns sitting on my bed every night to make sure I was still breathing. My mother would rest her head on my chest and say a prayer. My father would whisper, “I love you,” and touch my cheek.

I noticed it all. They thought I was asleep as they did this, but I was awake, unable to sleep. I hadn’t been able to sleep well for months but didn’t want to take drugs to help with that because I enjoy staying awake in the darkness, my mind running wild, even if my mother tells me not to think so much.

This was nearly two years ago, when I was 17, in Cotonou, Benin, West Africa, where I grew up and was in my second year in the university. I had been visiting my parents and decided to help them with chores. While sweeping the house and listening to a song, I collapsed. I was standing and then I was on the floor.

As I lay there — semiconscious, my heart heavy — my father frantically typed into Google “what to do when someone collapses and isn’t breathing well,” and then revived me by doing chest compressions.

The next day, he took me to a cardiovascular center nearby, where I sat in front of the doctor, my hands folded, heart ramming against my chest, as she brought out a few pieces of equipment and then led me to a bed.

Waiting for the results, I bit my fingernails, tapped my feet, bobbed my head. When my doctor looked up from her laptop and tried to smile, I could see pity in her eyes. She said I’d had a mild heart attack and told me I had coronary heart disease — the arteries supplying blood to my heart were blocked by fatty substances.

How could that be? I was a teenager.

My doctor has said it’s hereditary: My mother has high blood pressure, and my grandfather also had heart issues. Throw in the irregular heartbeat I have, and this is how I ended up with my condition.

I would have to leave school and move back in with my parents, which was not easy — moving never is, and I was not supposed to exert myself. But it had to be done. My father was travelling more, which meant that I would now spend more time with my mother. It wasn’t ideal, but it was better for my health.

I come from a family of three, just my parents and me, but throughout my childhood, our house was always filled with extended family, which I enjoyed because, as an only child, I needed people around me. Living with my mother now would mean seeing my cousins and grandmother regularly. And with that came a lot of talk about my love life.

One night, one of my older cousins tapped me and said, “When do you plan on getting a girlfriend? Or are you gay?”

I could feel all eyes on me.

Then another cousin said, “You know, you are sick and an only child; what if something happens to you tomorrow?”

I closed my eyes and took a deep breath. I knew what they were implying. Being an only child meant I was the one to continue my father’s lineage, and they were beginning to wonder why I had no girlfriend.

Their questions continued for a few more weeks until I’d had enough of it and decided to come out of the closet.

When I was 14, I promised myself I would never come out to the family. I was going to keep my being gay a secret until death because homophobia was rife around me and there were even legal risks. But I was now spending more time with my mother, and the words my cousins kept throwing around made the decision to come out easier.

“Mom, I’m gay,” I said last August as she was sitting on her bed. When she didn’t say anything, I swallowed hard and repeated myself.

After a few seconds, she took my hand, smiled, and said, “I have always known and will continue to love you.” There was worry in her eyes, but she wrapped me in her arms and began to cry, making me cry too.

The first time I had a full-blown heart attack, five months later, I was back in school. We were learning how data worked when I excused myself to use the toilet. I have tried to read how heart attacks work to be able to describe it, but I can’t. It just happens. You think everything is going well, and the next thing you know, you’re on the floor, your legs outstretched, your heart pounding.

Heart attacks are vicious; I’ve had approximately five — one full-blown and the rest mild. Each one, no matter how mild, leaves you scared and wondering when the next one might happen.

After the diagnosis, I started exercising and reducing my intake of fatty foods. I also take medication whenever I have respiratory problems — which is all the time.

But I have gotten used to the idea of having mild heart attacks at any time of day. Sometimes it’s terrible; other times, it isn’t. Sometimes I just want to give up because the thought of living like this forever scares me.

And there are times I wonder if this is a punishment for deviating from the Christian life I knew growing up, for all the times I scrolled through naked pictures of men while sitting at the back of the church, or for reading erotica during Sunday school.

But my mother always assures me that all will be well and nothing happening to me is a punishment.

She smiled and held my hands like she always does. She didn’t say anything, but her eyes said enough. After my first heart attack, she took time off work and spent a few weeks with me. She would sit on the couch facing me with a smile, asking if I was OK.

She’d laugh and say, “I am your mother. Let me be the one to worry about you.”

Though my condition isn’t yet considered life-threatening, sometimes I wonder about how my mother will cope if I have a heart attack and don’t survive. How devastated she will be if her only child is gone. But when I look at her and hear her say a prayer, I tell myself everything will be all right.

“I see that none of your boyfriends have visited you,” she jokingly said to me one morning last June, after another mild heart attack.

I rolled my eyes at her, and she laughed. “I’m single, Mom,” I said, and she rolled her eyes at me.

The thing about heart attacks is they leave you on edge, wondering what the next one will be like. Will it be mild? Will I be eating or watching a show when it happens? What if no one is around to notice that I’m slipping away?

There was a point where I avoided all books and movies with characters who had heart issues. I also muted terms like “heart attack,” “heart failure” and “cardiovascular” on social media because I couldn’t stop worrying.

It made me irritated at the people around me. It made me angry when my mother massaged my chest. I have told my mother to adopt a child because this fear never seems to leave my mind. I ask her to go and leave me, but she never agrees.

“What if I’m not here anymore?” I say, and she replies, “One thing I know is that my son can’t die before me, and I am not dying anytime soon.”

I still get scared sometimes, but knowing that my mother will always be by my side keeps me going. When the pain, anger and frustration build up, I close my eyes and say quietly, “Keep going for Mom.” Works every time.

“You are the best,” I told her recently as she sat on my bed after my father did his nightly routine of whispering, “I love you,” to me.

It’s been almost two years since my diagnosis, but my parents haven’t stopped coming to my bed every night.

“Thank you for taking care of me,” I said. The room was dark, but I could see her smile.

“That’s why I am your mother.” She kissed my forehead before leaving the room.

DISCLAIMER: The Views, Comments, Opinions, Contributions and Statements made by Readers and Contributors on this platform do not necessarily represent the views or policy of Multimedia Group Limited.
Tags:
Broken heart
Google