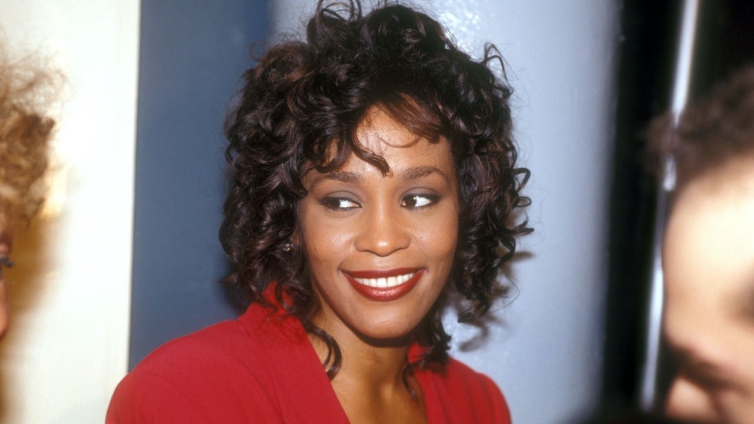 Nobody can do Whitney like Whitney, but one lucky actress will get the chance in an upcoming biopic about the late music legend that is being made with the blessing of Whitney Houston‘s estate.

I Wanna Dance With Somebody, as the movie is titled, has been set up at Sony Pictures and TriStar Pictures, ET can confirm.

The pic is said to be “informed by those who knew her best” and promises to take viewers on “an emotional, energetic journey through her career and music.”

The biopic will be helmed by Stella Meghie, who previously directed Issa Rae in this year’s The Photograph, from a script by Anthony McCarten, who recently adapted another music icon’s life story in 2018’s Bohemian Rhapsody. (That film became a worldwide hit and won Rami Malek an Oscar.)

“Whitney just makes you want to get out of your seat and sing and dance! She is anthemic in every way. Anthony McCarten has bottled that up in his masterful screenplay bringing this beloved legend to life in a way we’ve never seen her — funny, exhilarating, aspirational, complex and incredibly human. Add to that Stella Meghie, a diehard fan, who is so gifted at telling beautiful, modern, feminine tales,” said TriStar’s Nicole Brown of her “dream team” in creating “the ultimate celebration of Whitney’s incredible life and musical achievements.”

Equally noteworthy, I Wanna Dance With Somebody will count Pat Houston, Whitney’s estate executor and sister-in-law, as a producer, alongside Clive Davis and Larry Mestel for Primary Wave Music (who is partnered with the Whitney Houston estate).

“From all my personal and professional experience with Whitney from her late teenage years to her tragic, premature death, I know the full Whitney Houston story has not yet been told,” Davis said in a statement.

“I am so glad that Anthony McCarten has committed to a no holds barred, musically rich screenplay that finally reveals the whole Whitney whose vocal genius deeply affected the world while she bravely battled the demons that were to be her undoing.”

I Wanna Dance With Somebody is set to arrive in theaters Thanksgiving 2022.

DISCLAIMER: The Views, Comments, Opinions, Contributions and Statements made by Readers and Contributors on this platform do not necessarily represent the views or policy of Multimedia Group Limited.
Tags:
Whitney Houston