Why over ¢117m could not solve Ghana's flooding crisis - A-G's report explains - MyJoyOnline.com 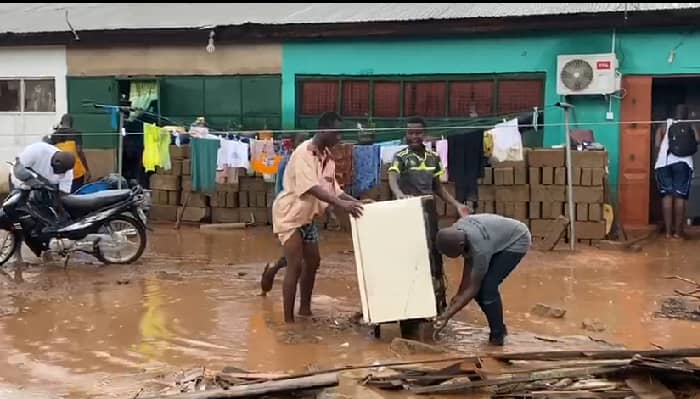 An Audit Service report on expenditure related to curbing flooding in the country has revealed that from 2015 to 2019, an amount of GH¢117, 711,420.90 was invested in constructing and maintaining drains and culverts in flood-prone areas.

The purpose of the audit was to ascertain whether measures implemented by the Hydrological Services Department (HSD) of the Ministry of Works and Housing (MWH) to mitigate flooding in the country were effective and recommend appropriate corrective measures for improvement.

In spite of the investment to curtail the menace, flooding remains a problem in the country.

The report said since 2013, the MWH and HSD had included the production of DMPs in the Ministry’s Sector Medium Term Development Plans but did not prioritise, plan and budget for their production.

“This was because HSD and the MWH did not allocate sufficient budget to cover the planned length of drains, and Ministry of Finance (MOF) did not release funds on time to complete drainage projects, causing the projects to stall,” it stated.

Each year, from 2015 to 2019, HSD significantly fell short of implementing its target of drainage facilities needed to mitigate flooding nationwide.

It further indicated that construction of 20 (i.e., 74%) of the 27 sampled projects delayed partly because of delayed payments to contractors which made them suspend works on the projects.

In addition, the report indicated that the Hydrological Services Department (HSD) did not carry out adequate monitoring and inspection of works to ensure they were done to quality standards and specifications.

The Auditor Generals’ Report found defects in 15 (i.e., 55%) of the 27 sampled projects they inspected that had not been corrected.

“The unmaintained drains had weeds, silts, and debris that impeded the smooth flow of water and reduced the effectiveness of existing drains to mitigate flooding,” it said.

Also, the HSD and the Works and Housing Ministry did not maintain completed and existing drains because maintenance was not prioritised and therefore not included in annual activity plans and budgets to enable implementation”

“For example in HSD’s 2015 Hydrological Assessment of Floods in Accra Report, a culvert located at Sakaman Filling Station on the General Ankrah High Street, constructed by DUR, was identified as inadequately sized or poorly aligned,” according to the report.