Why your heart attack risk goes up during the holidays 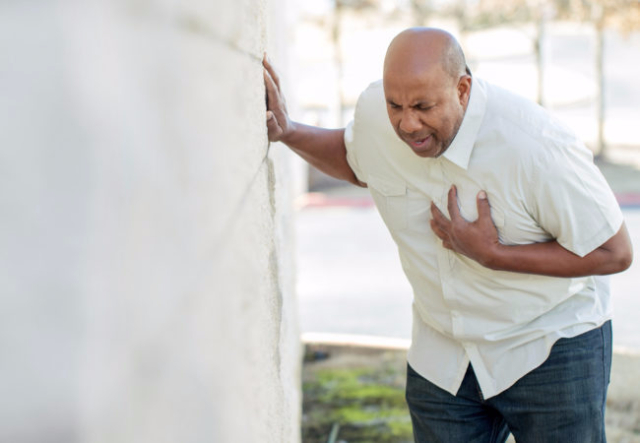 To cardiologists, that’s no coincidence. The idea that stress can increase risk of heart attack is well-known in the medical community and dates back to the 1980s, says Meagan Murphy Wasfy, M.D., a cardiologist at Mass General Hospital in Boston, MA.

“There’s been a lot of research showing that any kind of stressful event happening at national scale increases risk of heart attack,” adds Christopher Kelly, M.D., a cardiologist at Columbia University Medical Center and author of Am I Dying?! A Complete Guide to Your Symptoms—and What to do Next.

Studies have found, for example, that risk of heart attack shot up in Germany on days the country’s soccer team was playing in the World Cup, that exposure to loud traffic kicks risk up a notch, too, and this Swedish study even found that Monday mornings posed an at-risk time for cardiac events.

Strong emotions and lots of stress increases activity in a brain region called the amygdala. And these increases are associated with inflammation in the arteries (which supply the heart muscle with blood) and, down the road, risk of cardiovascular disease and heart-related events.

As for the holidays? Jet lag, jamming into cars for multi-hour jaunts, seeing family members you don’t always…see eye-to-eye with, staying up late, and a change in routine can all contribute to added stress.

Excess drinking can also be a risk factor for both heart attack and atrial fibrillation (Afib), a.k.a., ‘holiday heart,’ an irregular heartbeat that can lead to blood clots and other heart complications, says Kelly. Feeling like your heart’s racing, like your heart is skipping beats, or feeling run down and short of breath can signal Afib. Beats might feel chaotic, like raindrops on pavement, says Murphy Wasfy. Most active people are in tune with their bodies enough to pick up on that, she says. If you already know you have Afib and you feel it, call your doctor. Never felt it before? Head to the E.R.

But here’s the thing about holiday heart: A perfectly healthy heart isn’t going to go from mint condition to heart attack just because you got in an argument about politics with your cousin or closed down a bar with your brother, notes Kelly. It’s more that over the course of decades, many of us build up plaques, which are pimple-like substances that harden on our arteries. If you smoke, have high cholesterol, diabetes, or are overweight? Your risk for these plaques is even higher.

And plaques might very well sit there on your arteries minding their own business most of the time, but as Kelly explains: “Stress can rip the roof off of a plaque and the plaque can cause a blood clot that blocks off the artery.” And when the artery — and thus, the heart’s blood supply — is blocked? That’s a heart attack. So: “Acute stress lights the fuse that sets the final event in motion,” Kelly explains.

You’re certainly allowed to enjoy your holidays, Kelly says. It’s not a big deal to drink wine and beer (in fact, in low to moderate doses, some research shows alcohol has been linked with a lower risk of death from heart disease. It’s fine to cheat on your diet. But do so in moderation, he says.

The bottom line: While no one wants to spend New Year’s Eve in the E.R., if you notice pressure in your chest or sudden shortness of breath that doesn’t let up — especially if you have risk factors for heart disease such as a history of diabetes or if you’re a smoker — don’t blow them off. “Anyone who has these symptoms needs to hurry up and seek medical attention,” Kelly says. “It’s a situation where every minute counts.”