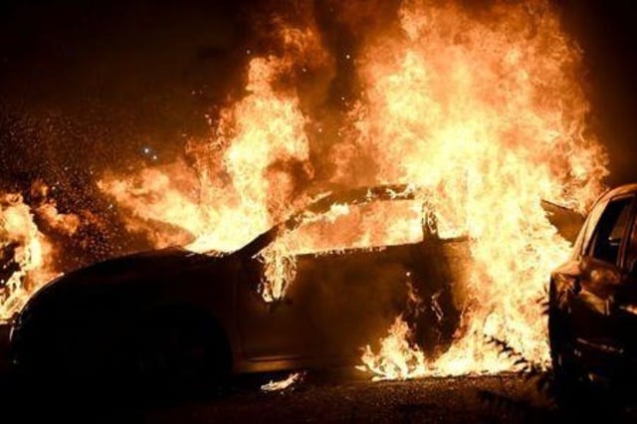 Authorities in Kenosha, Wisconsin, on Tuesday were readying for a third night of unrest after arsonists torched much of the city’s Black business district following the shooting of a Black man in the back by police.

Kenosha County Board of Supervisors member Zach Rodriguez said the board would hold an emergency meeting on Tuesday on seeking federal help, such as U.S. Marshals Service officers, to quell the unrest after some 300 rioters looted businesses and set fire to buildings overnight.

“Essentially, our city was burned to the ground, building by building,” Rodriguez told Reuters. “Enough is enough.”

Smoke billowed over central Kenosha after police in riot gear clashed with protesters as they defied a dusk-to-dawn curfew on Monday night and Tuesday morning, near where police gunned down Jacob Blake, 29, on Sunday.

Blake, who had been attempting to break up a fight between two women, was struck by four of the seven shots, all fired by one officer, in front of his sons aged 3, 5 and 8, Crump said.

Video captured by a neighbor shows Blake walking toward the driver’s side door of his SUV, away from two officers who were pointing guns at his back. After he opens the door, seven shots ring out, with one of the officers tugging at his shirt. It remains unknown what the officers may have seen inside Blake’s car.

Crump said there was “no indication he was armed.”

The shooting is under investigation by the Wisconsin Department of Justice, which has not released any details. Kenosha police have referred all questions to the state investigators.

But the incident, the latest in a litany of cases to focus attention on police treatment of African Americans, unleashed outrage in Kenosha, a Lake Michigan city located north of Chicago and south of Milwaukee.

The shooting occurred three months after the death of George Floyd in Minneapolis sparked nationwide protests against police brutality and racism.

Firefighters from about 30 fire departments around the region came to Kenosha to help put out the blazes across swaths of the city.

He said the county supervisors would meet on Tuesday to seek federal assistance, on the assumption that the city’s mayor and Wisconsin Governor Tony Evers would be reluctant to do so.

Mayor John Antaramian and Evers, who deployed the state’s National Guard on Monday, did not immediately reply to requests for comment.

Basketball star LeBron James, who has emerged as a national leader on issues of race, lent his voice to the protests, telling reporters covering the National Basketball Association playoffs that “we are scared as Black people in America. … We are terrified.”

Black Lives Matter activists are demanding the immediate firing or arrest of the Kenosha officers, who have been placed on administrative leave.Slideshow (6 Images)

Local police, who had support from National Guard troops, fired tear gas, rubber bullets and smoke bombs to disperse the crowd, which grew to several hundred, according to protester Porche Bennett, 31, of Kenosha.

Fires destroyed much of the Black business district, Bennett said, adding that the instigators she saw were white.

“It’s people from out of town doing this. We’ve been shopping there since we were kids and they set it on fire,” Bennett said.

One white man riding a skateboard doused a government truck with an accelerant and set it on fire. Heavily armed white civilians stood guard in front of businesses.