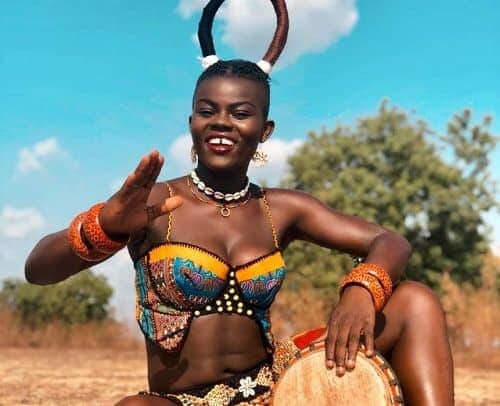 The Recording Academy, home of the renowned Grammy Awards, has once again invited music professionals from wide backgrounds to join its membership.

Among the people invited is Ghanaian musician Wiyaala.

Thank you! @RecordingAcad for inviting me to be a member. I am GRATEFUL 🙏🏾
🌍🦁🌍 #Roarrrrrrrrrr ✌🏾😃✌🏾🤸🏾 pic.twitter.com/Fbx0CQ2HPT

According to a report by Billboard, those invited have until July 12 to accept their invitations if they are to vote for the 65th annual Grammy Awards.

Meanwhile, Wiyaala is not the only Ghanaian to have received an invite from The Academy.

In 2021, Reggae/Dancehall artiste Stonebwoy and Grammy nominee Samuel Bazawule – popularly known as Blitz the Ambassador – were invited to be members.

I am GRATEFUL Thank you! @RecordingAcad for inviting me to be a member. 🌍🦁🌍#Roarrrrrr 🤸🏾😃🤸🏾🙏🏾 pic.twitter.com/Ik3Xwht0J7

This forms part of The Academy’s plan to expand and diversify its membership. It currently has more than 12,000 voting members and more than 3,000 professional (non-voting) members.

In a video posted to their social media pages, Director of Member and Outreach Systems, Ashley Thomas, reported that 56% of the total 2,700 invitees are from “underrepresented communities.”

She further said the new invitees show “equality and equity” between men and women – “continuing our commitment to creating a more welcoming and safe environment for all individuals across the industry.”

She noted that the new member invitees represent more than 13 different crafts and 22 different genres.

In 2021, the Recording Academy in a statement wrote that the invitations also reaffirm their recognition of the important contributions of music people to influence progressive changes within the music industry.