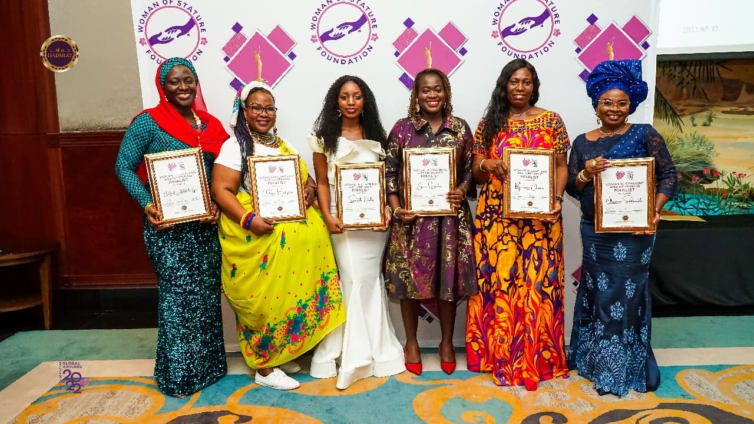 The first Woman of Stature Global Awards, powered and hosted by Hadarat Global was held at the beautiful Dusit Thani Hotel in Dubai Trade Centre on May 13, 2022.

The Woman of Stature Awards is a prestigious event that recognizes hard work and passion of female entrepreneurs and businesswomen across different industries which has now gone global.  The event in Dubai was attended by local dignitaries and international guests from all corners of the globe.

The Overall Winner Charul Jaitly, also the Woman in Technology category winner, is the first Woman of Stature Global.

Charul is a Serial Entrepreneur, who endorses fearless and purposeful leadership and an unwavering optimist. She is a Founder and Managing Partner of Mātiti Group, focusing on people, technology, sustainability, cyber and defense consulting. Her Company is on a mission to enable organizations to reach their maximum potential.

”Excellence deserves formal recognition, and that is exactly what took place in Dubai. As the Founder and CEO of the Woman of Stature brand, the Foundation and Woman of Stature Awards, I could not have been prouder to stand on a global stage. I am in awe of these remarkable women who were each honored for the impact they are making in their respective countries and internationally.

“The Woman of Stature Award is earned and not given. Every woman awarded on the night completed a journey from November 2021. This is a test of their commitment and endurance, to finish what they started. A true test of character and exactly what we look for in a woman of stature,” said Charlotte du Plessis.

The overall winner will be flown to South Africa where she is the guest of honor at the Woman of Stature South African Awards on the 11th of March 2023. A prize made possible with the sponsorship by Imperial.”

The purpose of the awards it to accelerate the careers and businesses of women and although many are already prominent players in their respective communities, they have not necessarily fully developed or reached the peak of their success. This award provides many opportunities, gives them access to various platforms, helps them to develop their skills, talents, climb the ladder of success, get further faster, which they may find difficulty in doing on their own.