Woman sentenced to death by stoning for adultery 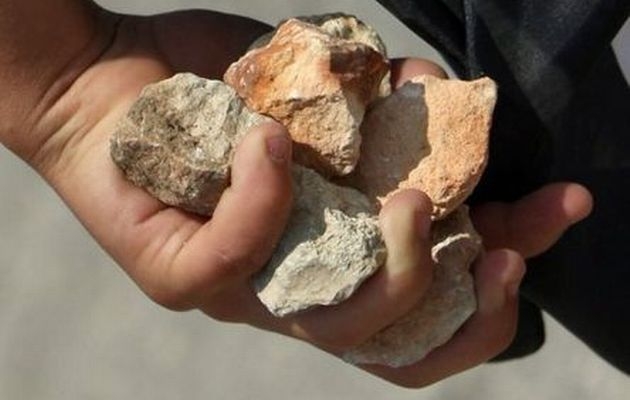 Efforts to prevent a young Sudanese woman from being stoned to death after she was convicted of adultery, are being hindered by the absence of government ministers in the country.

Sudan has been run by a military junta since a coup one year ago.

Campaigners say the 20-year-old didn’t get a fair trial and should be freed.

A government official agreed that the trial was “a joke” but added: “We don’t have a minister who can intervene to demand her release.”

The young woman, who separated from her husband in 2020 and went to live with her family, was accused of adultery by her husband a year later. She was found guilty in June 2022 by a court in the city of Kosti, in Sudan’s White Nile state.

Her appeal against the conviction has now been heard and the court’s judgement is awaited.

Sulaima Ishaq, who heads the Violence Against Women Unit at the Ministry of Social Development, told the BBC that she had been telling officials in the capital, Khartoum, that the trial was flawed, but that the lack of government ministers made it hard to get her point across.

Human rights groups say the woman, whom the BBC is not naming at the family’s request, was not given access to a lawyer while in custody and was not aware of the charges against her.

“We have grounds to believe she was illegally forced into signing a confession by the police,” says Mossaad Mohamed Ali, executive director of the African Centre for Justice and Peace Studies (ACJPS).

The woman’s lawyer, Intisar Abdala, told the BBC she hoped that following the appeal, the court would now “do the right thing” and release her client.

Sudan still imposes the death penalty for some hudud crimes – offences specified by Allah in the Quran, including theft and adultery. In Sudanese law, they carry penalties such as flogging, the amputation of hands and feet, hanging and stoning.

A government promise in 2015 to withdraw death by stoning as a form of punishment was never acted on, human rights groups say.

“Even the most conservative politicians are against stoning,” Sulaima Ishaq told the BBC. “But things take a lot of time to change here and then feed through to the courts, and women are the ones who suffer.”

Hala Al-Karib, regional director for the Strategic Initiative for Women in the Horn of Africa (Siha), said that Sudan’s adultery laws were “disproportionately applied to women”.

The last person known by campaigners to have been sentenced to death by stoning on an adultery charge was a young woman called Intisar El Sherif Abdalla.

She and her four-month-old baby were released in 2012 following a campaign by Siha and Amnesty International. But Ms Al-Karib said there could have been other cases that had gone unnoticed.

“Feminists and human rights groups in the country have minimal resources and there could well be hundreds of cases we are not aware of.”

Under the transitional government that took charge in Sudan after the uprising against President Omar al-Bashir in 2019, a “public order” law that controlled how women acted and dressed in public was repealed.

However, Sudanese journalist Zeinab Mohammed Salih has reported that the “morality police” who used to patrol the streets and enforce this law have returned following a coup one year ago.

There are also reports that Bashir loyalists have been re-hired by the ruling junta that came to power after the coup.

“We were hopeful that Sudan’s transitional government would establish changes to Sudan’s legal framework, which continues to openly criminalise women and girls and contribute to their subordination and inequality,” said Hala Al-Kirab. “But we were naive.”

In 2021, Sudan also became a signatory to the UN Convention against Torture.

“Under the Convention, torture is defined as causing a person intentional and intense suffering,” said Mossaad Mohamed Ali of the ACJPS. “Stoning is one of the worst forms of torture.”

International and local NGOs calling for the woman’s release have also described the sentence of stoning as “cruel, inhuman and degrading”.

Lawyer Intisar Abdala is the only person who has been allowed to visit the 20-year-old, who has been held for months in a women’s prison in White Nile State.

“The young woman is in alright physical health but she is understandably very anxious. There’s not much more I can say as a woman lawyer who lives and works to help other women in a conservative region like Kosti,” she said.

She added that the young woman was an “ordinary and simple country girl from a very traditional, and religious, farming family” and that her parents had not abandoned her.

“We are awaiting a judgement from the court of appeal but nobody can tell when that will come. Waiting is our only option.”

Those campaigning for the woman’s release say they would welcome international pressure.

“We are concerned that the appeal court will not rule in the young woman’s favour. We save women from these laws when the international community raises its voice and adds pressure on the Sudanese government, and that must happen again in this case,” said Hala Al-Karib.

“This may be a shocking ruling globally, but doesn’t come as a shock to us.”

The BBC approached Kosti criminal court for comment, but has not received a reply.

It was not possible to ask the Justice Minister for an official response because the post is unfilled.

A spokesman for Sudan’s embassy in London said: “We are fully aware of this case and as far as we know, this is not the court’s final decision. We have contacted the justice authorities in Sudan in this regard, and we are awaiting their response.”

DISCLAIMER: The Views, Comments, Opinions, Contributions and Statements made by Readers and Contributors on this platform do not necessarily represent the views or policy of Multimedia Group Limited.
Tags:
Adultery
Death Sentence
Sudanese woman