Woman who filmed, shared video of drunk ‘Apraku My Daughter’ in trouble - MyJoyOnline.com

Woman who filmed, shared video of drunk ‘Apraku My Daughter’ in trouble 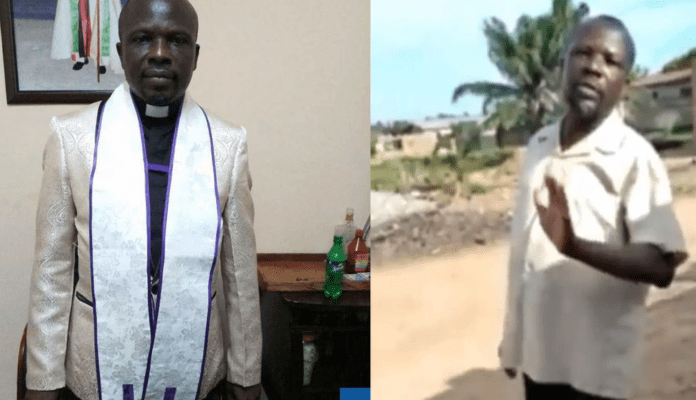 Family of late pastor Emmanuel Kwaku Apraku, popularly known as ‘Apraku My Daughter’ is on a manhunt for the woman who reportedly filmed the late Apraku while drunk and looking wretched.

The family has accused the woman behind the viral video of being responsible for the late preacher’s death.

Sister of the deceased, Vivian Sam, told Accra based Kofi TV that the woman had no moral right to do what she did.

“Why must you take a video of someone and share it on social media knowing very well the person is in a bad state.  We think it’s because of what the woman did, that’s why he went to sleep and never woke up. We believe that’s what triggered his death because, the attire he was in when the video was taken was the same attire he died in, so we blame her for Apraku’s death,” she said.

“The family has met and we have decided to take legal action against her, we are going to ensure that she pays dearly according to the laws of the country because even in the video, my brother told her stop filming but she didn’t listen and kept filming him,” she added.

According to her, her late brother was never a drunkard but was only sick, the reason why he looked wretched in the video.

“My brother was never a drunkard. He was actually very sick and was admitted for a very long time and that was even why he looked slimmed,” she cried.

Some days prior to his death, ‘Apraku My Daughter’, was filmed by an unidentified woman.

In the video, the lady is heard saying she gave him money to pray for her, but he never did. So she is taking the video to expose him to the world for being a false man of God.