Women are taught to be nice, here’s what happened when I stopped - MyJoyOnline.com

Women are taught to be nice, here’s what happened when I stopped 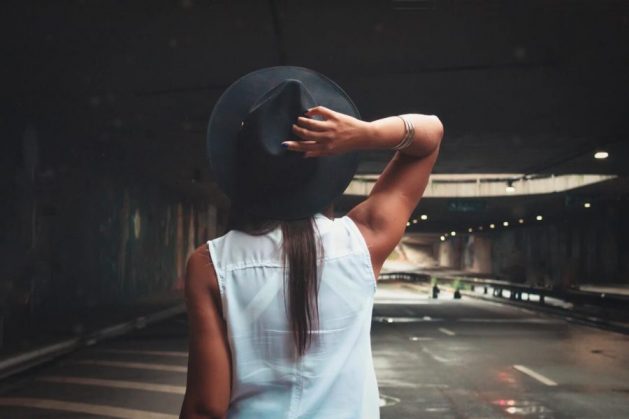 A few years ago, if we were out together and I noticed that you had something stuck in your teeth, that little speck would spark a huge dilemma for me.

I’d stare at it while considering the discomfort it would cause both of us if I told you, yet also imagine your horror at discovering it after a full day of flashing what you thought was a perfect smile.

Despite this awareness, I’d likely avoid our discomfort and let that little speck remain ― I’d choose the “nice” option.

The kind thing to do, though, would be to tell you, despite the brief moment of embarrassment it would cause you and, vicariously, me.

Niceness is dishonest and avoids confrontation, whereas kindness is honest but often uncomfortable.

This scenario exemplifies what I’ve learned about the difference between being nice and being kind. I’ve spent the majority of my life being nice — a people pleaser — avoiding confrontation and the discomfort I’d feel from making those around me uncomfortable.

My moment of greatest shame around this was over a decade ago when I essentially broke up with a boyfriend of two years over text because I couldn’t handle having an uncomfortable conversation with him, not that day or any day of our relationship, which would have been the kind thing to do.

I even convinced myself that this was the nice option, allowing him to receive the bad news privately without me there to witness his reaction. But in truth, I was hiding from his discomfort, and thus my own.

Avoiding his discomfort made me not only cruel but also a coward. But confrontation, outside of political or philosophical topics, was scary to me. In romantic relationships, it felt like a deep threat ― like a guaranteed ending rather than a space to reach greater understanding or to simply to accept differences.

I wasn’t in touch with myself or my needs and, in fact, I felt guilty for having any, especially if they would hurt someone else.

But that’s not unusual for my gender. Women in particular are socialized to be nice from a very young age, encouraged to ignore our own needs and put those of others first.

“Ask nicely” and “be nice,” we’re taught as young girls, and so we learn that our words, when expressed honestly — or simply matter-of-factly — are rude.

Causing discomfort is bad, we’re told, but it’s OK to have to swallow our own; in fact, it’s something we should come to expect.

It’s quite literally a matter of safety in many cases.

In my early 20s, I did a lot of solo travel around Europe, and once, while in the French surf town of Biarritz, I was hanging out with a guy who had been my surf instructor. We were at his apartment having a bite to eat and then, while we were hanging out after, he kissed me.

It was a kiss I didn’t want, and within a second, I calculated how careful I needed to be in my response, knowing that I was in a vulnerable position.

Feeling powerless, I asked him very nicely if he could take me home, and I held my breath until he agreed. Although he had violated my space, I didn’t feel like I could demand anything in that moment, despite my overwhelming need to; instead, it came out as a polite request.

I realize how lucky I was, and how many women’s stories end very differently than mine.

Much more recently, I was catcalled by two men on my way home from a run. Although I immediately came up with a viciously clever comeback, I held it back, afraid to be mean, even in response to their objectification.

I was aware of the fact that I was outnumbered, and I wasn’t willing to risk an unfavorable response. So I swallowed the discomfort of the moment instead, probably even with a weak smile.

These are just some of the ways that women self-police their niceness.

We’ve even developed a vocal rhythm to accommodate this social need, with the ends of our sentences often trailing up into what teeters on uncertainty, a tendency known as “upspeak.”

We phrase our answers as though they are questions, not wanting to sound overly assertive or read as aggressive. Since the male voice is still the standard that women are compared to, especially in the workplace, the collaborative and welcoming intention of upspeak gets discounted as holding less gravitas and is judged as less decisive and authoritative.

Women’s tone of voice is also policed, with those who speak in too high-pitched of a tone being labelled as “shrill.”

This charge is thrown at women in broadcasting in particular, who use technologies that are biased towards male voices in the first place, and distort a woman’s.

Women of color face the harshest tone-policing, having to fight the “angry black woman” trope both in life and in the workplace, always aware of how they are presenting in a society still ruled by white supremacy.

Just as male spaces have historically been hostile to women, white spaces create a multi-layered lose-lose situation for women of color.

Women are also less likely to ask for what they want in the workplace, after having been socialized from a young age to put the needs of others first; this is in addition to the very real fear of being labeled as aggressive when they do ask.

Particularly when working in typically male-dominated fields, women are quicker to be labeled as “bossy,” “emotional,” or “bitchy,” even by other women, a sign of how internalized misogyny lingers inside many of us.

Recovering from being a “nice” person has been an ongoing examination of how much my identity has relied on the external validation of others and how deeply the need to be “nice” embedded itself.

As Harrier Braiker wrote in her book ”The Disease to Please: Curing the People-Pleasing Syndrome,” a people pleaser’s sense of identity is based on an image of niceness, as they are “deeply attached to seeing themselves ― and to being certain that others see them ― as nice people.”

During my early recovery from people-pleasing, I developed a painful amount of self-awareness. I watched myself like a hawk, examining my every interaction with the outside world. Did I go out of my way to be friendly to that barista so that they would think I’m nice? Had I hoped that the person I opened the door for would think, “Wow, what a great person she is?”

Letting go of this need for control over others’ impressions of me was part of recovery, and it’s something I’ve had to do repeatedly. I’ve had to deprogram the “nice” out of me, knowing that my first instinct with others might still be based on these old patterns.

When you’re nice, it kind of feels like everything is your responsibility, or at least within your control — how other people feel, how good your relationships are, how people treat you. Giving up “nice” means giving in to the fact that none of these things are solely within your power because you can only ever be in control of your side of the equation.

The irony of being nice to others was that I was often unkind to myself, because the underlying message was that I needed to perform in order to gain love or approval.

“Nice” is transactional, but “kind” means that you can give or receive genuinely, because you know that you’re worthy.

I find myself being less disappointed now because I expect less; I’m able to genuinely give, without the expectation of a return. I keep more energy and love for myself.

Giving up “nice” has meant giving to myself first, and it’s helped me rethink selfishness. I know that I have to take care of myself in order to be a good mother, for example, and that is a good thing to model for my daughter.

Giving up “nice” has also meant letting relationships end sometimes, because I’ve bent to a limit but now know how to stop before I break. It means being able to stop trying, because I know that a relationship doesn’t rest solely on my shoulders.