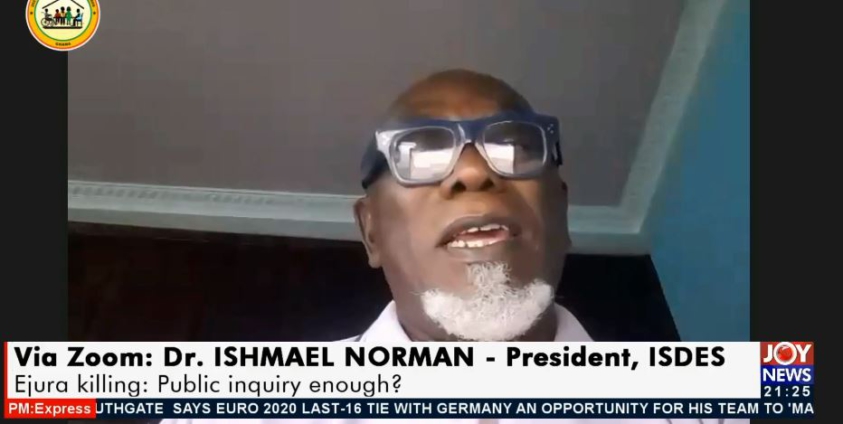 President of the Institute for Security of Disaster and Emergency Studies, Dr Ismael Norman

A security analyst has said that IGP George Akuffo Dampare’s promise to achieve world-class policing cannot be achieved when there are liabilities in the Ghana Police Service system.

Speaking on PM Express on Tuesday, Dr Ishmael Norman explained that some personnel in the police service are not literate enough to file police reports.

“We have a lot of police officers who cannot read, who cannot speak good English, how do you create a world class organization when we have all these liabilities in the system,” he said.

His assertion come after the newly sworn-in IGP George Akuffo Dampare, during his ceremony, promised to turn the service around into a world-class force under his tenure of office.

Mr Dampare also assured Ghanaians that he is focused at making the Police Service the most respected organisation in the country to serve as a reference point for Africa and beyond.

Dr Norman reacting to the IGPs comment said gearing towards a high-standard institution demands “a lot of responsibilities, a lot of hard work and, a lot of commitment” and that he has not yet seen the IGP exhibit yet, although not doubtful he could achieve it.

“If there is no initiative, if everybody is waiting for instruction from the IGP, then where is the profession,” he noted.

According to him, the IGP ought to have a more open discussion on the topic with people in the Service.

“So far we haven’t seen or heard of any articulation about how he going to improve the police men and women lives in the Police Service,” he stated.

He added that leading an organisation on the strength of ‘one man’ will make the IGP unsustainable.

Dr Norman also noted that the IGP should reenergise the Research Department of the Ghana Police for them to collect data to show the instrumental gain achieved in his period of administration.

DISCLAIMER: The Views, Comments, Opinions, Contributions and Statements made by Readers and Contributors on this platform do not necessarily represent the views or policy of Multimedia Group Limited.
Tags:
Dr Ishmael Norman
IGP George Akuffo Dampare
World class policing