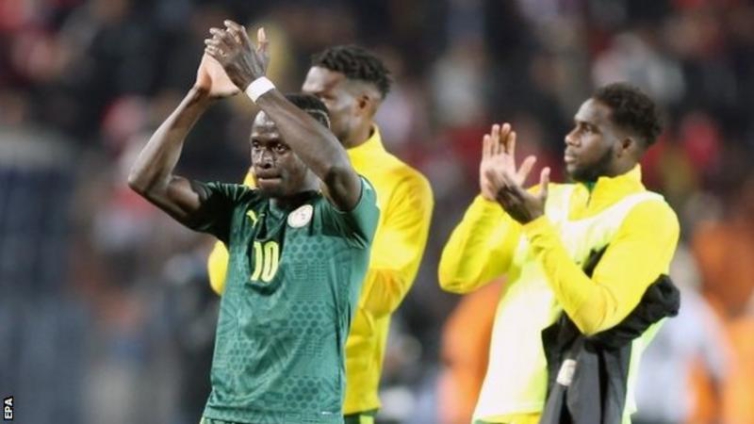 Sadio Mane scored the winning penalty in a shootout to send Senegal to the 2022 World Cup after Liverpool team-mate Mohamed Salah missed his spot-kick for Egypt.

In a repeat of the Africa Cup of Nations final, Senegal were left jubilant at the final whistle after winning on penalties, with Egypt’s players disconsolate and Salah – one of the world’s best players – left contemplating his absence from November’s tournament in Qatar.

The second leg of the play-off tie in Senegal’s new 50,000-seater stadium finished 1-0 to the hosts and 1-1 on aggregate after extra time, sending the game to a tense and dramatic shootout.

Mane had netted the penalty which won the Nations Cup and the Reds forward notched the decisive spot-kick once again after keeper Edouard Mendy had given Senegal an advantage by saving from Mostafa Mohamed at 2-1.

Egypt captain Salah was one of four players to miss the first four penalties of a shootout marked by a vast number of green laser pointers directed at the visiting players and goalkeeper.

Senegal’s Boulaye Dia was the scorer of the only goal in normal time – notching after just four minutes with a shot that hit the body of Pharaohs defender Hamdi Fathi.

It is the second time in six weeks that Senegal have beaten Egypt on penalties to a major prize.

In February it was the Nations Cup final in Cameroon. There, two Egyptian misses meant their goalscoring icon Salah did not even get the chance to take one.

This time around they made sure he went first – and with an eye on securing a crucial early advantage following Senegal captain Kalidou Koulibaly hitting the bar with the first effort of the shootout.

But Salah could do no better. Indeed he did worse, his shot going nowhere near Mendy’s goal as it sailed over the bar.

Neither Ciss nor Zizo could score either and it seemed clear the raft of laser pointers being directed at players from both sides – which had increased in intensity as the match drew to a close – were having an effect.

Ismaila Sarr did finally find the net, but that was matched by Amr El Soleya. Bamba Dieng then struck confidently to put the Teranga Lions ahead, but when Mostafa attempted to reply for Egypt, Mendy saved well and put Senegal in command.

It was a situation Mane took full advantage of, blasting his effort down the middle and sparking scenes of celebration.

That the game would be settled on penalties was not the obvious conclusion given the scoreline.

Dia’s deflected strike was a strange repeat of the one that had given Egypt victory in the first leg in Cairo – in the same minute.

It came after Egypt failed to defend a dangerous free-kick. Dia pounced on a headed clearance to shoot, but Fathi challenged at the same time and the ball went under visiting keeper Mohammed El Shenawy.

In Senegal’s brand new home, which unlike most major African stadiums has no running track and created a more intense atmosphere, the roof nearly came off.

Egypt offered little throughout, sticking to a gameplan of maintaining a tight defence and breaking down any Senegal attacks with heavily contested challenges,

But the hosts had two great chances – both of which fell to Sarr – to seal the success, before penalties decided the outcome.

The first was on 82 minutes when he was put clean through, but El Shenawy made himself big to make sure Sarr’s effort drifted wide.

Then, presented with most of the goal to aim at from a Mane cross in extra-time, the Watford man failed to connect properly and his effort spun into the body of El Shenawy.

Zizo lifted Egypt with a couple of mazy runs, but they seemed to play for penalties and ultimately paid the price.

Black Stars and Indomitable Lions among others to progress

Ghana were the first side to qualify after a 1-1 draw earlier on Tuesday saw the Black Stars overcome Nigeria on away goals in Abuja.

Thomas Partey’s opener for the visitors was cancelled out by William Troost-Ekong’s penalty, and Super Eagles fans reacted angrily at full-time after their side were knocked out, showering the Ghana players and staff with missiles.

Cameroon clinched an eighth World Cup qualification – a record for an African side – following a dramatic finale in Algeria.

Algeria looked to have won it courtesy of Ahmed Touba’s 118th-minute header, but Toko-Ekambi struck again in the fourth minute of added time to stun the home crowd in Blida and win the tie on away goals.

Tunisia made it back-to-back World Cup appearances after a goalless draw in Tunis saw off Mali 1-0 on aggregate, while Morocco had a comparatively comfortable evening as a 4-1 home win over DR Congo secured a 5-2 triumph over the two legs.

Two goals from Azzedine Ounahi and one each from Tarik Tissoudali and Achraf Hakimi saw the Atlas Lions book their sixth trip to the finals.

The African quintet now await Friday’s group-stage draw to discover who they will face in Qatar.