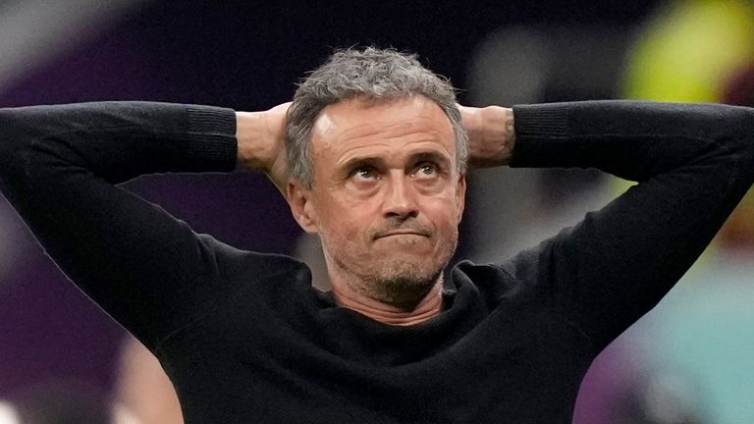 Luis Enrique has left his role as Spain’s manager following their shock last-16 defeat by Morocco in the World Cup.

The Spanish Football Federation (RFEF) said a “new project” should start but did not put a time frame on when a new boss would be announced.

“We would like to thank Luis Enrique and his entire coaching staff,” the RFEF said in a statement.

The former Spain midfielder stepped away from his role for a short period in 2019 because his late daughter had been diagnosed with bone cancer, before returning for the side’s impressive Euros run in the tournament that was delayed by a year because of the Covid-19 pandemic.

Spain were knocked out of the Euros by eventual champions Italy after their semi-final went to a penalty shootout.

They thrashed Costa Rica 7-0 in their opening group game of the World Cup but their possession-based game saw them accused of being “boring” as they drew 1-1 with Germany and lost 2-1 to Japan.

On Tuesday, Spain were held to a goalless draw by Morocco before again losing a penalty shootout as they were knocked out.

DISCLAIMER: The Views, Comments, Opinions, Contributions and Statements made by Readers and Contributors on this platform do not necessarily represent the views or policy of Multimedia Group Limited.
Tags:
2022 Qatar World Cup
Luis Enrique
Resignation
Spain Boss