World Cup qualifier in Conakry postponed due to Guinea unrest 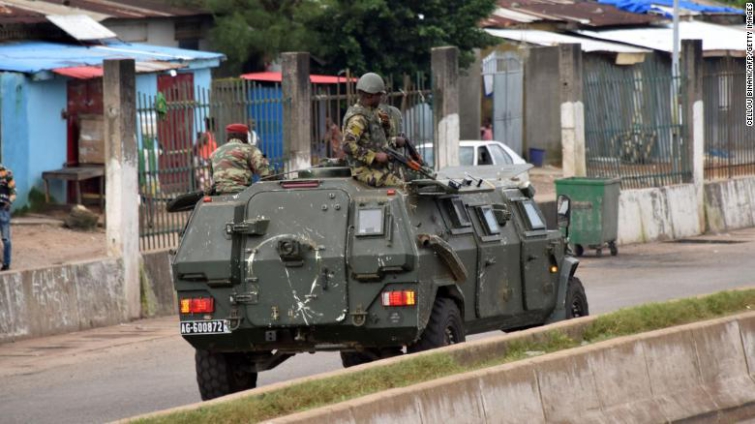 A match between the national teams of Morocco and Guinea to qualify for the 2022 World Cup, scheduled in the Guinean capital Conakry, on Monday, has been postponed due to political unrest, the world football body FIFA, has said.

“The current political and security situation in Guinea is quite volatile and is being closely monitored by FIFA and CAF [The Confederation of African Football],” FIFA said in a statement.

The match was postponed, “to ensure the safety and security of all players and to protect all match officials.”

CAF also confirmed in a statement that Monday’s qualifier is off.

When the match will take place is unclear. Rescheduling information will be made available at a later date.

The Moroccan national team, however, has been evacuated from Conakry, sports broadcaster ESPN reported.

The Moroccan side boarded a plane after the CAF statement confirmed that the match will not take place.

Paris Saint-Germain winger Achraf Hakimi tweeted early on Monday that the team is “safe and sound in Morocco” after a “very intense day.”

Conakry has seen a series of gun battles. The military is said to be patrolling the streets of the Guinean capital amid reports that President Alpha Conde has been detained and may have been deposed.

DISCLAIMER: The Views, Comments, Opinions, Contributions and Statements made by Readers and Contributors on this platform do not necessarily represent the views or policy of Multimedia Group Limited.
Tags:
Conakry
Guinea
World Cup