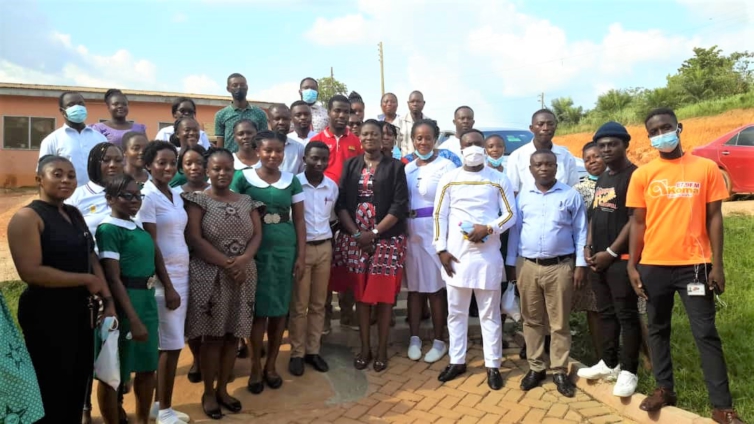 Calls have intensified for government to put up more rehabilitation centres in addition to mental health professionals across the sixteen regions of Ghana.

This is because 242 persons in 2020 sought treatment for drug use from fifteen (15) treatment and rehabilitation facilities within the country, according to the Narcotic Control Commission.

Majority of them -38 per cent – sought treatment intervention from Alcohol whiles cannabis recorded 32.7 per cent.

This, according to drug and substance abuse campaigner, Lydia Manu, is worrying hence the need for collaborative efforts among stakeholders to fight against the menace.

“Though the NGOs like ours are doing our best to give support and care for persons with mental challenges, it is incumbent of Government to make rehabilitation centres accessible to enable those in this situation access quality healthcare”, The CEO of Kumasi-based rehabilitation Centre -Willingway Foundation Ghana reiterated.

Her facility is known for treating mentally deranged, drug addicts and alcoholism for more than ten years.

Madam Manu also wants policies strengthened to support those at the forefront campaigning against illicit drug use like the Mental Health Authority and like-minded institutions, with funds to enable them to intensify their fights against the menace.

She made the call at a sensitization workshop organized by the Obuasi Health Directorate in conjunction with the Obuasi Government Hospital to mark this year’s World Drug Abuse Day in Obuasi.

The theme for this year’s commemoration was ‘Share Facts On Drugs, Save Lives’.

Mental Health Nurse at the Obuasi Government Hospital, Victor Kwaku Nuamah, said there is the need for evidence-based approaches to equip the public, as well as health and service providers, and decision-makers with the tools to inform choices and effective services.

He observed the incidence of drug abuse is high among drivers.

Mr Nuamah said this decision was premised on the recent surge in road accidents which most of them can be attributed to alcohol and drug use among drivers.

The Health Directorate in Obuasi has therefore said it will consistently meet Drivers and their unions to educate them on how to stay away from the practice.

Government and Stakeholders are therefore being urged to increase awareness on substance abuse since the country is losing several millions of cedis as a result of illicit drug use, especially among the youth.

Role of Parents
Meanwhile, Deputy Director of Nursing Services at the Obuasi Government Hospital appealed to parents to closely monitor their children especially with the kind of friends they make.

This, Jennifer Amankwah said, will enable parents to identify certain behavioural changes among children to prevent the incidence of drug abuse.

Former addict, Maxwell Obeng Nsiah blamed peer influence and curiosity for his ordeal which resulted in the loss of several opportunities which nearly prevented him from pursuing his musical career.

Whiles praising Willingway Foundation Ghana for their support during his predicament, he advised the youth to desist from drug abuse since it has the tendency of jeopardising their lives.