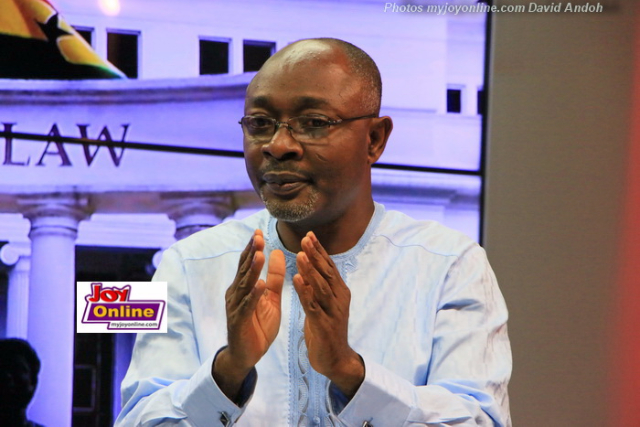 Business man Alfred Woyome had his wish granted Thursday when the Supreme Court upheld a request for the postponement of the much anticipated oral examination by his biggest adversary Martin Amidu.

The embattled NDC financier prayed for a stay of an earlier ruling which gave Amidu the opportunity to cross-examine him on his assets and how the state could retrieve an amount of ¢51 million dubiously paid to him. He had already filed a suit for the review of the earlier ruling.

On Thursday Justice Anin Yeboah in his ruling said it was important for the proceedings to be put on hold since the review case may have a substantial impact on the pending oral examination.

He adjourned the case to December 15 for hearing on the review case.

The Supreme Court in a surprise verdict on November 16 gave Martin Amidu, who calls himself the citizen vigilante, the opportunity the cross examine Alfred Woyome over the controversial ¢51 million cedis.

It set a November 24 date for that much anticipated cross examination. Justice Anin Yeboah in his ruling was convinced the state led by the Attorney General had not shown enough commitment to retrieve the money paid to him.

The ruling followed a decision by the Attorney General to withdraw her earlier application for  oral cross examination of the business man citing what she said was a favorable payment plan provided by Alfred Woyome.

But the Justice Anin Yeboah ruling angered Alfred Woyome who accused the Supreme Court of prosecuting him.

He did not understand why the court will allow a private citizen to cross examine when he had given indication that he will pay the money.

He was also unimpressed with the November 24, 2016 cross examination date because he thought that was before the elections and the revelations from the cross examination may be used as a political capital by the opposition New Patriotic Party.

He swore to fight the ruling with his blood and proceeded to file two suits at the Supreme Court the first of which was to ask for a review of the Justice Anin Yeboah ruling and second, a stay of execution of the ruling.

When the case was called today, Martin Amidu resisted the application for the stay of the oral examination.

He argued Woyome's "hands are dirty. He has to come to the court with clean hands.  People want to know why he has not paid. "

"People have a right to know before they decide which form of governance to choose on December 7, 2016" Joy News' Joseph Ackah Blay reported Martin Amidu as saying.

A chief state attorney Dorothy Afriyie Ansah, who represented the Attorney General was asked  by the judge if she had any legal argument to make about the case but she said no. When the judge probed further if the state was in support of Woyome's motion for a stay, she responded in the affirmative.

The judge then ruled in favour of Woyome saying the review case which would be determined by three other judges is important to the oral examination hearing.

The three judges may either uphold or reverse his earlier ruling for cross examination, he explained. He adjourned the case to December 15, 2016.