WPL Super Cup: Hasaacas are in the finals due to our consistency – Yussif Basigi - MyJoyOnline.com

WPL Super Cup: Hasaacas are in the finals due to our consistency – Yussif Basigi 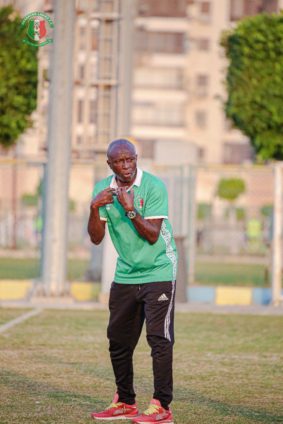 Hasaacas Ladies head coach, Yussif Basigi, has credited his team’s performance in the ongoing Women’s Premier League Super Cup to the consistency they have built over the years.

After losing some of their key players to national team duties prior to the start of the competition, Hasaacas Ladies were just hoping to use the tournament as preparations for the new season ahead.

However, since losing their opening match in Group B, the Hasmal Ladies have put in the best of their performances in the subsequent three games they have played including a convincing 3-0 win over Ampem Darkoa Ladies in the semi final on Thursday.

When asked about the performance of his team, Basigi told Joy Sports: “It has been as a result of consistency in the team build up. You look at the transition that we have structured, it is really working for the team. That is why even in the absence of some key players, others pick up after some time although I might not get the right cohesion.

“I will say it’s as a result of structured transition.”

Basigi’s side lost their first game of the tournament to Lady Strikers, a side they will play in the final on Sunday, December 5.

But the coach believes their loss was as a result of his team failing to quickly adapt to the change of environment.

“We came from the cold [environment in Egypt] so our first match affected the whole team. Even if the whole team was here, we would have still lost that game. But now we are getting used to the weather and the players are now understanding each other that is why we have improved match after match,” he concluded.

The Sekondi-based club will hope to secure yet another silverware before the end of the year after having won three titles.