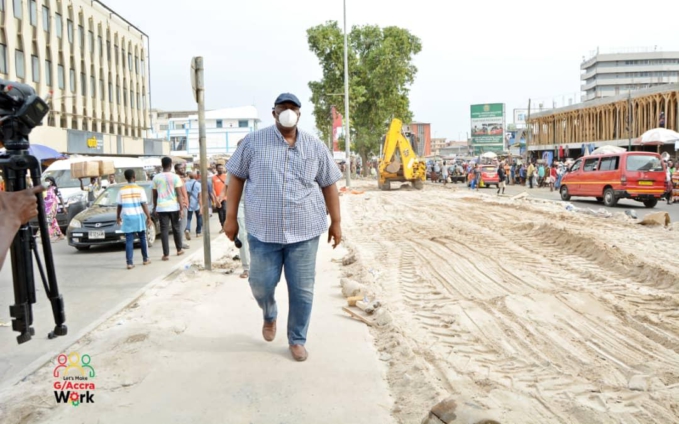 The Greater Accra Regional Minister, Henry Quartey has revealed that the second and third phases of the evacuation of traders from the Agbogbloshie Market and Old Fadama will commence soon.

Speaking in an exclusive interview with JoyNews on Thursday, Mr Quartey said the Konkomba yam traders, who fall under the second phase of the relocation exercise, would leave the current location by end of October, 2021.

Thus, his outfit will soon engage the traders and their leadership to ensure a smooth transition.

“Agbogbloshie itself is a complete package. We have done half of it. There are three phases actually. Phase two would be to look at the Kokomba Yam market. So, we will commence engagements with them to find a place for them,” he told JoyNews‘ Kojo Yankson.

Citing some of the challenges that were encountered during the relocation of the onion traders, the Regional Minister noted that such difficulties will be averted.

“Having taken some lessons from this very exercise, we want to ensure that before they are even relocated, the issue of washrooms, mosques amongst others does not arise. So those things will be put in place before they move.”

“We are looking at that for them to move by September or middle of October. So we will have the entire area cleared,” he said.

For the relocation of residents of Old Fadama, Mr Quartey said the central government will fully engage the leadership of Fadama to find a suitable new place for them to reside.

He stated that, “we have old Fadama which will be the third phase. There are storey buildings there. But the good thing is that, for them, they have leadership. So, we will engage them.”

“So it will mean that government would have to find land, for them somewhere, and probably build some pre-fab or whatever, to make sure that they are being moved from here to a very humane environment where they will have access to potable drinking water, washrooms, hospitals and all that,” he said.

DISCLAIMER: The Views, Comments, Opinions, Contributions and Statements made by Readers and Contributors on this platform do not necessarily represent the views or policy of Multimedia Group Limited.
Tags:
Agbogbloshie market
Greater Accra Region
Henry Quartey
Old Fadama
relocation