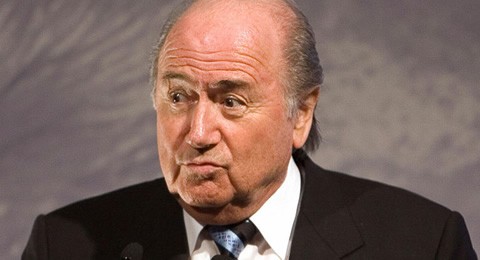 Blatter wrote on his official twitter handle: "Rasheed Yekini would have been 50 today (Wednesday October 23).

His name as scorer of Nigeria’s first World Cup goal lives on". Touched by the comment, Jubril said the FIFA boss has shown good example of an exemplary leader worthy of emulation by Nigerian football administrators.

The legal practitioner said Yekini who scored Nigeria's first World Cup goal, and remains the country's all-time top scorer with 37 goals from 58 games for the senior national team, deserved more than what he got from Nigeria Football Federation but was happy that the world football governing body never forgot the soccer prowess of his client even after his death.

The former Olympiacos of Greece and Vitoria Setubal of Portugal striker would have turned 50 on 23rd of October if he were alive, and Blatter tweeted a tribute in honour of the legend's birthday.

"That was a commendable piece by Blatter. It shows he still remembers Yekini well. It shows he has not forgotten what Yekini did on the pitch and this is what Nigerian football administrators should try to copy", barrister Jubril sounded.