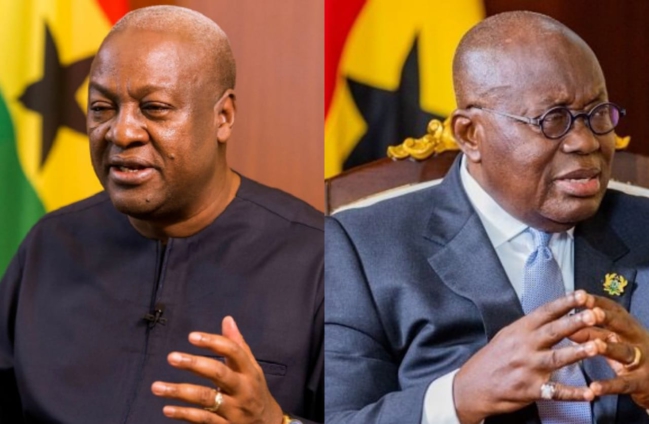 Former President, John Dramani Mahama has once again criticised Nana Akufo-Addo over his failure to reshuffle his ministers.

Mr Mahama said the President’s lack of action in that regard is making his ministers untouchable at their respective ministries.

According to him, some ministers are creating their own kingdoms in some ministries.

“Sometimes you take decisions to move people because you don’t want them to create kingdoms in the Ministries in which they are.

When the staff of the ministry or the agency know that this person is untouchable, then it does not bring out the best in them…and that is what is happening today,” he said.

Mr Mahama also added that the continuous stay of ministers in a particular office prevents them from bringing out their best.

In his view, reshuffling also brings togetherness within the government.

“After a while, take a look at the performance of your ministers and based on their performance, you must decide to drop some people and you can also decide to shift some people to other places.

They may be probably good but maybe they may not be finding their feet in the ministry you sent them and so after observing them for a year or two, you see that this person will do better here because of certain qualities they have.”

The NDC’s 2020 Presidential Candidate who has also been tipped to lead the party into the 2024 Presidential Elections was speaking at Academic City University College on the topic “Taking Critical Decisions in Decisive Moments as a Leader.”

His comments come on the back of several calls on President Akufo-Addo to reshuffle his ministers.

However, the President has said he will not reshuffle for the sake of it.

President Akufo-Addo, in rejecting the calls, said he evaluates the work of his ministers consistently.

According to him, many of his appointees have discharged their duties excellently.

“Their output has been considerable, and that is what I look at.”

“If the output measures expectations, then I don’t have any strong reasons to heed the call,” he said.

DISCLAIMER: The Views, Comments, Opinions, Contributions and Statements made by Readers and Contributors on this platform do not necessarily represent the views or policy of Multimedia Group Limited.
Tags:
Akufo-Addo
Bawumia
Mahama
NDC
NPP
Reshuffle