You can run, but you can’t hide – Kofi Boakye to bullion van attackers 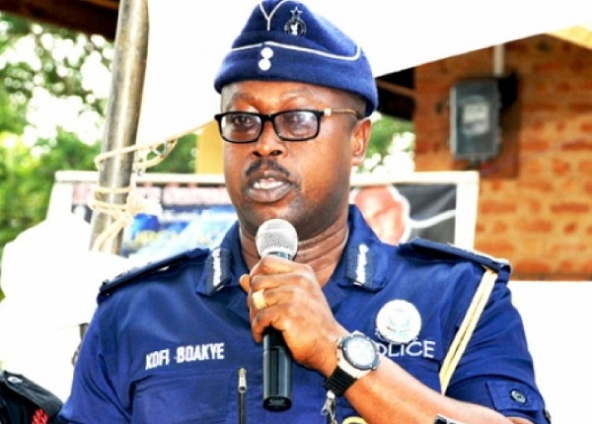 The Director-General in charge of Legal and Prosecution at the Ghana Police Service, COP Nathan Kofi Boakye, says arresting perpetrators behind the James Town Bullion Van attack is non-negotiable for the service.

He has reiterated the police’s commitment to track and arrest suspects behind the attack which led to the death of General Constable, Emmanuel Osei, and a trader.

“At this point, I must emphasise that the Ghana Police Service is able and capable and has the ability to arrest these criminals.”

JoyNews/AdomNews · You can run, but you can’t hide – Kofi Boakye to bullion van attackers

“I’m at this point on behalf of the Inspector General of Police and the Police administration assuring everybody and the entire nation that these criminals, especially those who committed last week’s crime and all others who have committed other crimes in recent times.

“They are going to be arrested soon, they can run and run, but they cannot hide…their arrest is non-negotiable to the service,” he stated.

COP Kofi Boakye said this during a passing out ceremony for 320 recruits into the Ghana Police Service in Kumasi on Friday.

He urged the newly commissioned police officers to dedicate themselves to duty and uphold the tenets of the service.

“You are joining the police at a time when armed robbery has become imminent and a present danger to our peace.

“The police service legitimacy is based on our ability to fight crime, so it is incumbent on all of us, including you, the recruits to help us achieve this objective, starting from now. And you have a duty of arresting these criminals; who killed one of us.”

Meanwhile, the Inspector General of Police, Mr James Oppong-Boanuh, has instructed the Director-General of the Criminal Investigations Department (CID) to take over investigations into the killing of General Constable, Emmanuel Osei, and the trader.